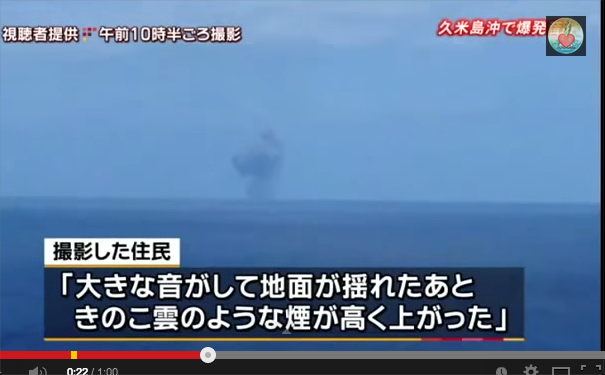 ….”And insiders now believe that President Putin has some remarkably effective new offensive and defensive weapons to deploy if needed.(3) These highly advanced new “Beyond-Black” weapons Systems include the Sunburn Missile System and much much more if needed.”  — Preston James, Veterans Today

There is no doubt that something is brewing behind the scenes with regard to the covert wars on Planet Earth being conducted over our heads and sometimes, behind our backs.  Three indications that things are reaching a boiling point lately:

2.  The posturing in the news by Putin and mini-war being conducted in Ukraine over gas/oil pipelines pushed by Israel/City of London and instigated by CIA plants on the ground.  See the Preston James article that cites info from Leo Wanta for more on this.

3.  The testing last week of the ICBM by Russia.

4.  The shipping of ICBMs to Romania by the U.S. – see the May 21st article in the Wall St. Journal …That “test” was seen and photographed in Hawaii by several sources.

“WASHINGTON—The U.S. military said on Wednesday that it conducted a successful test of a portion of the missile-defense system intended to become the cornerstone of the U.S. missile shield in Europe.

The test was conducted on a land-based Aegis weapon system in Hawaii, similar to the equipment the U.S. plans to deploy next year in Romania.

The U.S. currently uses Aegis radar aboard Navy ships to track missile launches. As part of its effort to expand Europe’s missile defenses, the U.S. is planning to deploy a so-called “Aegis Ashore” system in Romania.”–May 21st article in the Wall St. Journal

5. The test mentioned above which was seen and photographed over Hawaii along with military vehicles on highways there according to a source “… May 22 army moving convoys across the island. “

Clcik here for the news report on missle test over Hawaii. 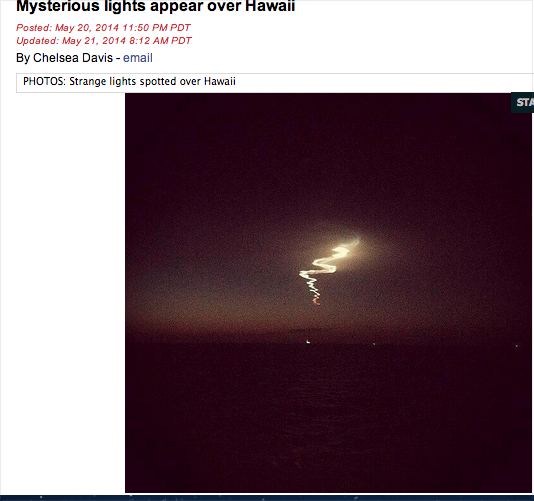 6.  The disappearance of Flight 370 — redirected to Diego Garcia and then possilby flown elsewhere.  See my shows on this with David Hawkins and Field McConnell as well as Mike Harris and prior articles listed below.

Bottomline is that with these and needless to say other incidents making their way into the mainstream news and alternative news, one can appreciate this is just the tip of the iceberg.

What is clear is the hidden or not so hidden WARS being conducted on Planet Earth that most people are blissfully (or not so blissfully) unaware of.

This paragraph from the above-mentioned article by Preston James has key insight into the structure of the NWO operators and who reports to who and what is going on:

…”It is time for the High Military and Intel Command Structures to completely clean house and derive out all the WZ and IZCS puppets who keep trying to drive America into additional proxy wars for the City of London and its main Cutout and action-agent, Israel. This means a complete removal of the secret Cabal inside the NSA which is now know to be the world nexus for the NATO Gladio “left behind army” operations and is also known as the world-wide “Circle of Twelve” luciferian/satanic occult organization. It is now known that the NSA has been taken over by this “Circle of Twelve” which is a Nexus of Evil which has been deploying secret “off the books” NATO based Gladio Terrorists using mind-kontrolled zombie forces trained by the top terror experts in the world, the Israelis.”–Preston James

Better than a movie!  This is our reality and it’s tine we recognize that and take back our power. Add on the ET contingent and you have a real War of Worlds that is going on all around us.