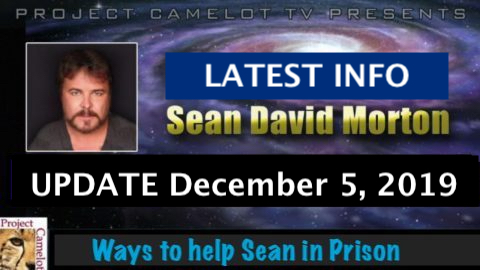 They have moved Sean to a location in TEXAS… illegally much farther away from his home in Southern California. The following was sent to me by a source with regard to this latest development.  We do not know why he is being moved and prior to this we heard he was being forced to spend time in isolation and prior to that his November hearing appeared to have been canceled for some unknown reason.

“For now the main priority is the response to Trump admin’s request for information regarding the Pardon – can someone send a copy of that. After that we should try and determine where he is and how to contact him – maybe he will get some phone privileges back – and get a mailing address etc.

Looking on the map it makes no sense why they would route him through Oklahoma as it’s right on the way between Tucson and Dallas (of course knowing how BOP operates they probably send him to the central processing facility in OK just like a FedEx package). Interesting to note the facility is between Midland and Dallas; ie George Bush ranch and where they killed JFK.

Let’s stay focused, when we know for sure he is going to Big Spring we can put that into the update and get the word out – the inmate number with the address above people will be able to write, etc. In the meantime when is the response date for the Pardon information.

Let’s get the update done and how about a concerted effort between JP and Kerry for a 1 million man (or wo(man) Prayer vigil for Sean and do a 20 minute meditation – see if we can put a gigantic rip in the cosmic black veil, and break him out of there –A SOURCE