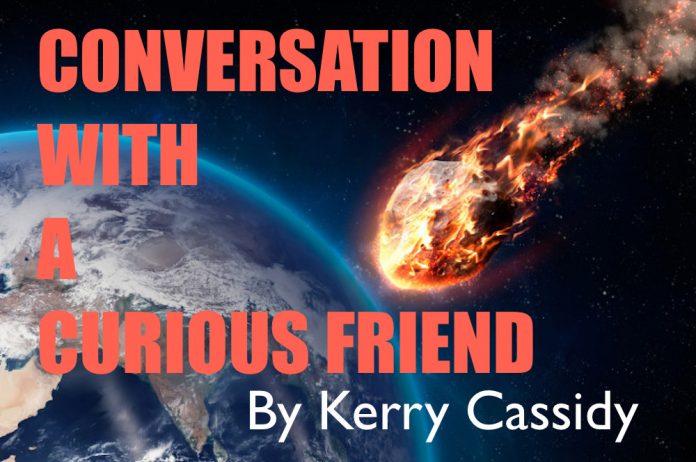 I have been having some interesting email dialogs with various well placed friends who are either pretending not to know so they can figure out what I know (very possible) or are legitimately dazed and confused by recent events and seeking advice from me… it’s one or the other or perhaps a bit of both.  I lean towards the ‘pretending not to know’ side on this.  But in the process of advising them I think others may find some of my comments if not illuminating then at least entertaining…

Dialog One:  My reply to their first query

Appreciate the approach to the whole Weinstein revelations however, as one who worked in Hollywood for nearly 20 years… I have to say there’s another way to look at this.

Why him and Why now?  What this smacks of is a ‘lone gunman’ move to hang Harvey W. out to dry focus the anger on him (fall guy) and then the waters will  subside because until and unless they can find another easy MARK… it will be business as usual albeit a bit more clandestine and carefully handled….

SO MANY HAVE DIED….   Michael Jackson, Whiteny Houston, Jimi Hendrix the list goes on… and on.

For some reason they chose Weinstein but he’s the tip of the iceberg.  And you have to realize HOW MUCH MONEY HIS FILM COMPANY HAS MADE OVER TIME.  It’s one of the Hollywood blockbuster GREATS and everything the Weinsteins touch turns to gold.  This will not go by the wayside.

It will be salvaged.

You gotta understand the jewish side of the business is ALL PERVASIVE ALL ENCOMPASSING.. They will not go quietly or at all.

Forget about it.  It’s going to survive this.  This stuff didn’t just happen… it’s been going on since SHIRLEY TEMPLE and before….

PERHAPS THERE WILL BE A FEW more : OFFERINGS to feed the angry lion but the satanists will not go lightly or anytime soon.

Also keep in mind ALL THIS IS HAPPENING amidst the FIRES IN NORTHERN CALIF… THE VEGAS 911 FALSE FLAG AND THE COMING FINANCIAL RESET.

While a SOFT DISCLOSURE IS SUDDENLY HAPPENING AROUND UFOS THROUGH THE NAIVE AND EASILY MANIPULATED DELONGE….

We were told years ago when disclosure happened EVERYTHING ELSE WOULD HAPPEN TOO… it’s all about keeping the people so busy they don’t know what to focus on.

You need to look BIGGER AND WIDER for the orchestration.  Nothing is isolated.  it is all connected. My take.

I think I’ll publish  this… lol

Dialog 2 / My reply to their 2nd query

Why don’t you watch tomorrow my show with Paladin… on the finance.
And suggest you sit down and figure out what the DARK SIDE AGENDA IS… it’s like this:
see it from their pov
They use these events to corral the masses …. achieve objectives and move the ball down the road….
They don’t care about collateral damage.. they welcome it.  They see it as window dressing.
They want to take away the guns so they can have their NWO.
Fulford is from an illuminati family and sold his soul to the TRIAD (both chinese and japanese)…  He is controlled.  He means well but has limitations.
The Reptilians are PUSHING FOR DISCLOSURE because they want CHAOS.  One portion of the Illuminati want more chaos because their motto is out of chaos …order.
You know who Dan Smith and Ron Pandolfi are ?  Watch this…  www.youtube.com/watch?v=0jCCJ7tLVaw
Read my comments here:  projectcamelotportal.com/2017/10/16/to-the-stars-disclosure-whether-they-like-it-or-not/
Ask yourself why did they target Northern California / Santa Rosa… why the Hurricanes  … You need a map of the world with a pin for every false flag in the past 10 years….
What are they working on?
Always what do they want?  They are not giving up.  They will crash and burn… and take the world down with them.
So it’s a war.  Each side takes a turn / makes a move.
You know all this.
There’s a truth embargo.  Certain parties want to break through it.  But it’s not gonna fall easily.
One side is showing it’s power to the other.  Constantly.
We are already at war with North Korea because we are at war with the beings helping them.  No I don’t know what race of beings they are nor where they come from….
But stop thinking the war is over any time soon.
There’s way too much at stake.  We have just joined the galactic community as of December 2012.  This is only the beginning.
The future is bright but not without a lot of battles on the way.
I don’t have details.  Some people INSIDE THE SECRET SPACE PROGRAM do.
Have you seen my latest interview with Courtney Brown and his Remote Viewer Daz?  It relates.  He admits for the first time they are being helped by a group of Els to achieve their viewings… FOR THE FIRST TIME he says this.
TUNGUSKA IS IMPORTANT.  Why?  Because it’s all about a battle between 2 or more off planet races.  One race established an enclave in the area of Tunguska.  2 other races or just one launched an attack to clear them out and off the planet.  They targeted them with an asteroid… as a weapon.  This is known.  This is being done even today out in space….   pay attention.  This is the future.

projectcamelotportal.com/2017/10/11/remote-viewing-area-51-tunguska-with-courtney-brown-daz-smith/
This is where we are headed.  Watch my interview with Valery Uvarov … Russian former head of Russia’s “weird desk” like pandolfi…
he talks about installations here on planet Earth capable of shooting down incoming asteroids.
It’s all connected.
It’s a war.  Have you read the books on my front page (SCROLL DOWN RIGHT HAND SIDE)?  Ashayana Deane Voyager books and the Robert Teske books… THESE ARE REQUIRED READING.  Without this understanding you will make a fool of yourself.  With all due respect.
projectcamelotportal.com
We are at war with several races.  This is pushing the timeline.  This is why things are escalating.