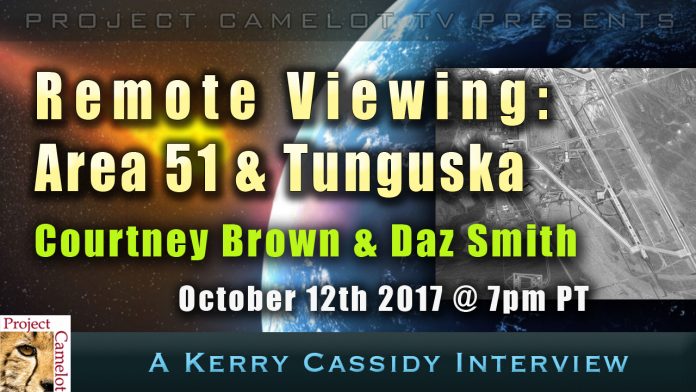 THURSDAY NIGHT OCT 12, 2017:  I interview Courtney Brown and Daz Smith regarding their recent remote viewing exercises on Area 51 & Tunguska.  Their findings involve viewing of Reptilians and other races as well as what appears to be a targeted hit on Planet Earth.

To learn more go to:  farsight.org/