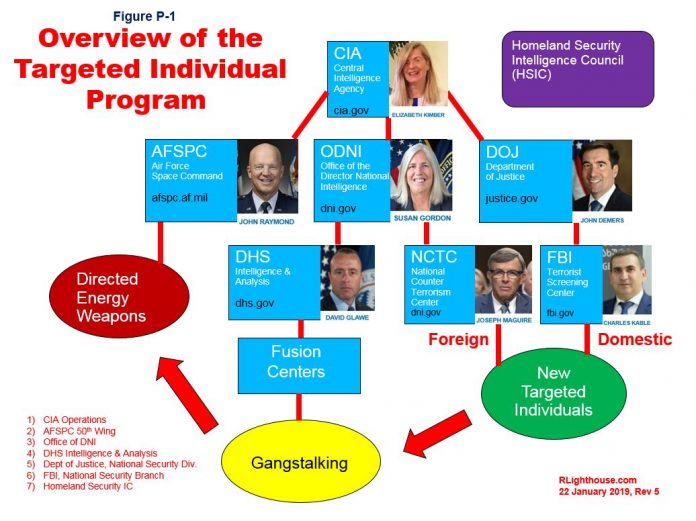 At the moment I am inundated by horror stories from targeted individuals.  What people don’t realize is people have been targeted by satanists and diabolical military ops for many years long before this whole “TI” movement began.  I have way too many people talking about what has been done to them.  Keep in mind that pedophile rings, human trafficking, human slavery and sacrifice has been going on for centuries.
If I interviewed every targeted, trafficked individual it would be like interviewing every cancer patient worldwide.  They attack, target, stalk, rape, damage and destroy homes, families, careers etc.  This is actually not new and not what I aim to do interviews about.  I seek higher level intel about the network and the perpetrators.  I have many interviews with several victims. This also has to do with MKUltra and the efforts to control and experiment on humanity.  I investigate causes and controllers to expose them and stop this.
I suggest if you want people to know your story that you make your own video or have a friend do it for you and post it on a website or youtube.  Connect with other victims and share your stories.
If you want to see other stories of targeted individuals just type that into youtube and you will see you are not alone there are many.
Free Project Camelot interviews on the subject:
See:   PLANS OF THE ILLUMINATI   projectcamelotportal.com/2019/02/06/the-plans-of-the-illuminati/
EVERYONE IS TRACKED AN INTERVIEW WITH FORMER NASA SCIENTIST RICHARD LIGHTHOUSE
projectcamelotportal.com/2019/02/05/richard-lighthouse-author-everyone-is-being-tracked/
DR. KATHERINE HORTON: TARGETED INDIVIDUAL  PARTICLE PHYSICIST CERN
www.youtube.com/watch?v=PnAdhWU0hHo&t=25s
MICHAEL FITZHUGH BELL :  SYNTHETIC TELEPATHY AND SECRET SOCIEITES
www.youtube.com/watch?v=5n1R80XoHT0&t=108s
SISTER KERI BURNOR:  WHISTLEBLOWER CATHOLIC CHURCH :TARGETED WITH MILITARY GRADE NANO AND ELECTRONIC WEAPONS
www.youtube.com/watch?v=3GV8Tt_anUQ
STARFIRE:  MKULTRA DARK LABS
www.youtube.com/watch?v=7athjZdqHRA
Also see all videos about SuperSoldiers who have been tortured, augmented, targeted and tracked as well.  Also see book by Cathy O’Brien one of the more famous cases….
trance-formation.com/2018/01/19/ptsded-by-cathy-obrien/
Best wishes,
Kerry
Kerry Lynn Cassidy
Founder / CEO
Project Camelot
projectcamelot.tv
Donate to support our work:
projectcamelotportal.com/donate/
STAY UP TO DATE SUBSCRIBE TO:
MY YOUTUBE CHANNEL – PROJECT CAMELOT
youtube.com/jagbodhi/
2nd Youtube Channel – PROJECT CAMELOT TV NETWORK LLC
www.youtube.com/projectcamelottvnetworkllc
TWITTER
twitter.com/projectcamelot
AND FACEBOOK
www.facebook.com/kerrylynncassidy