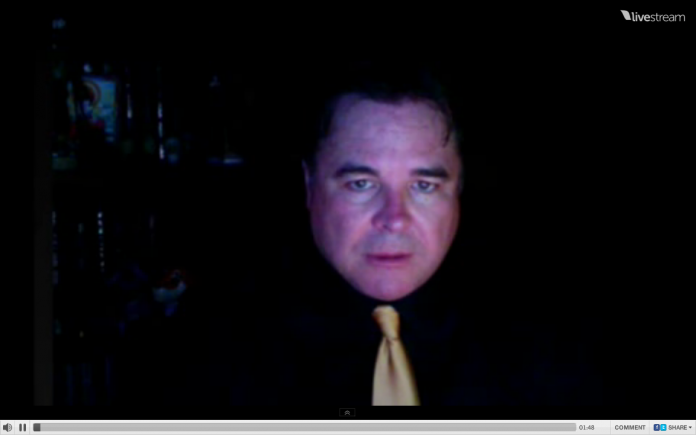 SUPPORT SEAN BY PURCHASING HIS BOOKS

(Editor’s Note: Please forward this on to as many of your friends and family as possible. You can send any and all LOVE DONATIONS through WESTERN UNION or MONEYGRAM! PLEASE! Only a few dollars allows us to literally EAT, use email, and pay for the phone to communicate with the outside world. It is the difference between life and death in this, our darkest hour! Build your TREASURE IN HEAVEN and be on the RIGHT SIDE of the LORD when Judgment Day comes.)

Let me start out by asking ARVUN, YHVH, the Cosmic Birther of Divine Radiance, the Heavenly Father to forgive our persecutors Valerie Makawitch, James Hughes, John Smith, Peter Lu (all ALIASES most likely!) and all the rest at the DOJ and IRS, as they surely do not know what they do. “Vengeance is Mine, saith the Lord”, and his wrath and vengeance for those that persecute the prophets, the innocent and the Children of God is more terrible than anything I could ever think up. So I leave it, and our fate, in His mighty hands. His will be done! SELAH!

Sometimes I think that in here instead of all the research and studying myself and my fantastic legal team are doing for our next moves to get us out of this mess, exonerate us and clear our good names, that instead of a law library I need a rock hammer and a Raquel Welch ONE MILLION YEARS BC poster. But then the feeling passes.

FEDERAL PAROLE: I might need your help and research on this one! So far we have a lot of RUMORS going around about all of this. The Fed Gov USED to do PAROLE on federal “crimes” and issue parole up until about 1987, when they stopped it for the “HALF WAY HOUSE” model, which is privately run and more like prison really than being in here. You must find a job, pay them rent, and provide for all your own amenities,etc.They MIX men and women and toss HIGH, MEDIUM, LOW and CAMP (no security offenders) all together into a dorm and think THIS is a GOOD THING!

An attorney friend CLAIMS that after much digging on the Internet, that the FED PAROLE PROGRAM was reinstituted late last year in Nov/Dec. of 2017. TRUMP wants these ridiculous Federal Camps closed. “Why aren’t they out working and paying taxes,” he said, as it COSTS the FED/GOV about $75,000 PER YEAR (that’s a years tuition at USC) to keep NON-VIOLENT/NON-DRUG white collar PAPERWORK VIOLATORS here. Ashton Kutchner’s DAD is spearheading the prison reforms and parole, as he himself spent time in CLUB FED some years ago.

IF the FED PAROLE PROGRAM is announced as of JUNE 1, 2018, as I have been told, then anyone in a CAMP who has served 1/2 to 1/3 of their sentence will AUTOMATICALLY be paroled. Those over 60 with medical issues will also be paroled. There are different guidelines for NON-VIOLENT/NON-DRUG offenders obviously. Those in higher security must of course make motions for parole and go through the courts. But this is good news for everyone! As we have more people in prison that any industrialized nation on EARTH, as our system of JUSTICE and PUNISHMENT has become EXACTLY like the Soviet Gulag Archipelago that Alexander Solsinetsyn wrote so famously about

We get blank faced NON-RESPONSES from the Admin. people here as to whether or not this will soon go into affect. But 4500 new parole officers ARE being hired to handle the onslaught, and any information anyone has on this would be appreciated.

YEARS AND YEARS ago, all the GLOOM AND DOOM naysayers, prophets and Remote Viewers, like Gordon Scallion, Ed Dames and Dolores Cannon were all claiming that NUCLEAR WAR with North Korea was

“IMMINENT”, and it made for lots of good radio on COAST TO COAST with ART BELL (y’know? Back when it was GOOD!) And, LO AND BEHOLD! I was the only one that said, and continued to say, that I never saw war there, and that I saw a slow thawing peace process and that eventually we would see NORTH AND SOUTH KOREA RE-UNITED! Since I had made this prediction, I pointed to cooperation between North and South at the 2008. 2012, 2016 and just recently the 2018 WINTER OLYMPICS as proof of this prediction slowly coming true.

In the PAST, Clinton, Bush and Obama played this sick and absurd game of appeasement with North Korea, so all Kim Jong IL and Kim Jong UN had to do was stamp their little feet, rattle their little toy missiles and the West would CAVE and GIVE THEM MONEY to prop up this utterly collapsing Communist system.

The DONALD TRUMP came along. He FINALLY GOT SERIOUS! He cut off their FOOD, their OIL, increased security measures so they could no longer counterfeit our money (did you know Fed Reserve notes are all printed in SOUTH KOREA?) And he pressured CHINA with trade embargos to keep THEM from helping the Nor Ko-s to make it STICK! And SUDDENLY! SHAAAZAM! They want PEACE!

Again, North Korea is SO BACKWARDS you can see it from SPACE as just a huge BLACK HOLE on the map, because they only have enough electricity for ONE CITY! It’s like Kim Jong Un can only afford the ONE LIGHT BULB that everyone shares.

So, PREDICTIONS! Expect a TREATY that will FINALLY END the KOREAN WAR. The denuclearization of the Korean Peninsula. Expect increased TRADE and COOPERATION, and I am not sure Trump can resist the opportunity to make a REAGANESQUE SPEECH in front of the BARB-WIRE of the KOREAN DMZ and declare,

“KIM JONG UN…TEAR DOWN THIS WALL!”

I admit that was a fan of Bill Cosby as a kid. I think I owned 22 of this comedy albums and I listened to them over and over again. And NOW you are learning about the dark side of “America’s Dad” Dr. Huxtable. But what is happening to him NOW is NOT over what you THINK.

In regards to his current trial, this was ALL stuff that was settled CIVILLY over 14 years ago. How does ANY OF this hold up to the 7 year statute of limitations? The women in question had already received $3 million. And how does 14 year old testimony, about alleged crimes from THAT long ago hold up in court? My personal opinion was one of disgust to see Gloria Allred up on her stump howling about how this is a victory for the #METOO movement! And that now “WOMEN WILL BE LISTENED TO!” etc.

So once again, women are portrayed as helpless, hapless, mindless victims, and we all must come to the conclusion that ANY pass or sexual advance on a woman of ANY kind is now considered criminal ASSAULT, and that women should just all wear Berkas if they go outside, should NEVER be allowed out at night, and should have a chaperone or escort anywhere they go! I am NOT saying what Cosby did was right or defensible…AND these women were wined, dined, private jets, penthouse suites, the Playboy Mansion (which were all just socially and media accepted and approved SWING PARTY ORGIES!) it was never claimed Cosby put a tube down their throats, put a pill in it, and blew down the other end…so these women ALL SAW IT COMING…and how STUPID WERE THEY?? Crazy like FOXES I guess, cuz they are all RICH NOW! THANKS AGAIN to GLORIA ALLRED who I know FOR A FACT has fixed evidence and lied and lied and lied in numerous cases. (In fact I guy I am in here with used to DATE HER! eeeeee! I asked, “So is THAT what you are in for?” haha!)

And this whole deal got started up by a black comedian on YOU TUBE that was railing against Cosby because he decried the obscenity of the actions and language by black actors and comedians…and suddenly this dragon raises its ugly head, AND IT WAS ALL A COINCIDENCE YOU SAY??? JUST OFF A SOME UNKNOWN COMIC ON YOUTUBE??

Cosby wanted to BREAK UP the MEDIA MONOPOLY and its control of all news and entertainment and was putting together a DEAL to BUY NBC! (It was later bought up by cable giant COMCAST…so the monopoly remains intact) and then SUDDENLY all this sex stuff, which hitherto was over and done, the women bought and paid for, Statute of Limitations expired by YEARS…and now it all becomes CRIMINAL CHARGES and Cosby faces the rest of his life in prison, although I do not see how ANY of this will hold up on APPEAL. Whether or not he will be free pending the appeal is the big question.

About 2 months before the media barrage began against Muamar Khadafi the leader of Libya, HE was putting a deal together to BUY British Petroleum when the stock plunged after the Deepwater Horizon oil platform disaster. This would have broken the Rothschild grip on oil, and I thought, “Well THAT’S not gonna happen….” and less than 2 years later Hillary Clinton and Barrack Obama were responsible for shoving a knife up Kadafi’s ass…and Libya which was once a paradise for its people, with 75% of the population under 25, is now a hell on earth with Libyan girls being kidnapped and sold into slavery by the Saudis and the Israelis all across Europe.

PREDICTIONS FULFILLED:
You are just now starting to see the STAND OFF ON THE BORDER that I told you all about. And the FIRES in ARIZONA are just beginning, with the first blazing out of control!
So THAT is they way it is…and the way it WILL BE!!
INFINITE BLESSINGS and THANKS TO YOU ALL
Dr. Sean David Morton