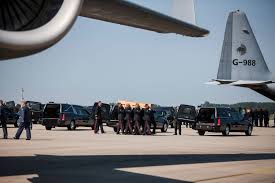 In an interesting turn of events, according to the following article posted on Global Research, four countries have signed a non-disclosure agreement not to release info regarding the downed flight MH17:  Australia, Ukraine, Belgium and the Netherlands.

In light of the recent disclosure from UK Counsellor Simon Parkes, who clearly stated in my interview with him that the Flight was shot down by a Russian plane on orders by Putin, this indicates a cover-up is in operation.  MH 17, he said, was a Mossad operation containing a “dirty bomb”.  The refridgerated dead bodies from the disappeared flight MH 370  were filled with a virus set to be activated upon crashing into an undisclosed Russian city.  The apparent motive was to instigate a “Russian 911” event.  In other words, Putin had no choice but to shoot it down.

If Parkes is telling the truth, and all indications are that he has no reason to lie, the passengers on both MALAYSIAN FLIGHTS 370 and 17 were used as cannon fodder for a targeted attack on Russia.  According to Simon, the United States was fully aware of Putin’s role in shooting down the flight and is motivated to keep that information secret.  Now, it would seem at least 4 other countries are participating in the cover-up.

GO HERE TO VIEW MY INTERVIEW WITH SIMON PARKES: