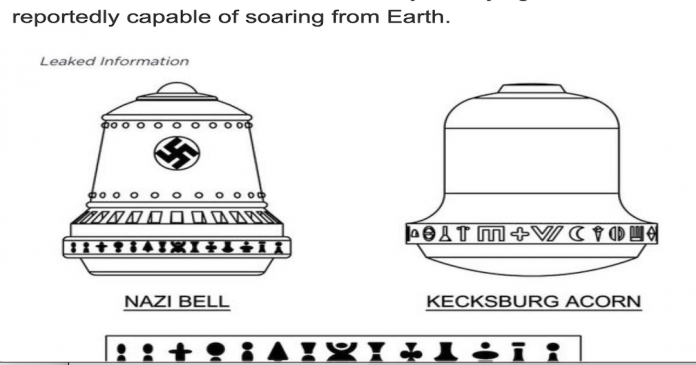 I am following a trail of information that indicates the real cause of the so-called Covid19 is that it is a cover for what is known as the NAZI BELL … which when operating throws out a radiation field that makes people sick creating a cytokine reaction (like the flu) in humans.  This is not a disease at all.
There is evidence linking the Bell to 5G that creates a worldwide network linked to the Bell… And that the bell may be found in Antarctica… whether there is more than one on Earth is not clear but perhaps there are… One view says the Nazi bell was found originally in the tunnels under Gibraltar.  You may also know the story of one German bell teleporting and materializing in Kecksberg several years ago (see my interviews with Clark McClelland for more on this).
Bottomline is that this Bell can create enough of a field of resonance to go inter dimensional.
There is reason to believe this is being used as an experiment to eventually teleport Earth into another dimension (temporarily or permanently).
I believe this is part of the reason certain key whistleblowers are being thwarted in whatever they do because they do not want anyone to focus on this tech and discover the truth of what I am saying here.  I know this sounds wild.
As you know they are trying to create a humanity 3.0 which is not only a Supersoldier type human but one that can withstand radiation and go inter-dimensional at will—teleport.  So what they are now doing is going to be a number of experiments with activating the Bell and then turning it off in certain areas of the planet… which will result in Covid like symptoms with some dying. It may be they will increase in intensity (length of time the Bell is turned on) after which they will determine based on the number of survivors how close they are to finding the humans that can withstand the radiation.
This is in part detailed in a best selling novel called THE ATLANTIS GENE. 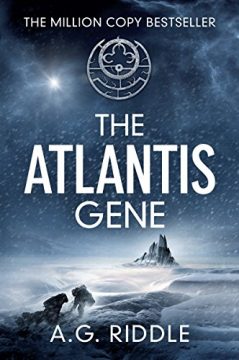 The current state of many humans is their bodies are not set up to withstand this onslaught of radiation.  5G rollout is aimed at eliminating those who can’t handle it.  COVID19 is a bioweapon created to mimic the effects of the Bell on humans.  However, it is simply a cover for what’s really going on.
Those of us with activated kundalini aka orgone aka VRIL are able to withstand this…mostly developed in young people.
There is reason to believe the so-called Spanish flu wasn’t a flu at all but a reaction to the unveiling of the Bell in Gibraltar.  The cover for this was the human reaction in Spain to this experiment.
This is somehow linked to the brown Dwarf twin to our sun called IMMARU.  Perhaps the return of the Anunnaki from Nibiru (the planet that circles the Dwarf).
We became aware years ago that they want to be able to take the entire Earth interdimensional or change dimensions permanently (something the Earth is doing naturally but the secret space program wants to do this manually).
See Wingmakers.com  Neruda story for more on this.
UPDATE:   I feel like this so-called Covid19 virus is a cover for something much more far-reaching.  I had a vision today that we might have actually changed timelines… the whole world during this lockdown.  I believe there may be some clear signs of this and I am going to investigate further.  Just wondering if others have any sense of this?
If you are reading this and feel you are aware of a change or jump in timelines please email me:  kerry@projectcamelot.tv
This would have been something done manually using the technique I mention above involving the activation of Nazi Bells all over the planet at certain key places.
And the so-called tests for Covid aren’t really to test for that at all.  They are to test for signs of the timeline switch in humans that have gone through this… possibly.  This is why the tests are so “unreliable”… It’s possible there is a marker in the blood that indicates evidence of the switch.
If all this is true, there should be some anomalies, discontinuities like the Mandela effect.