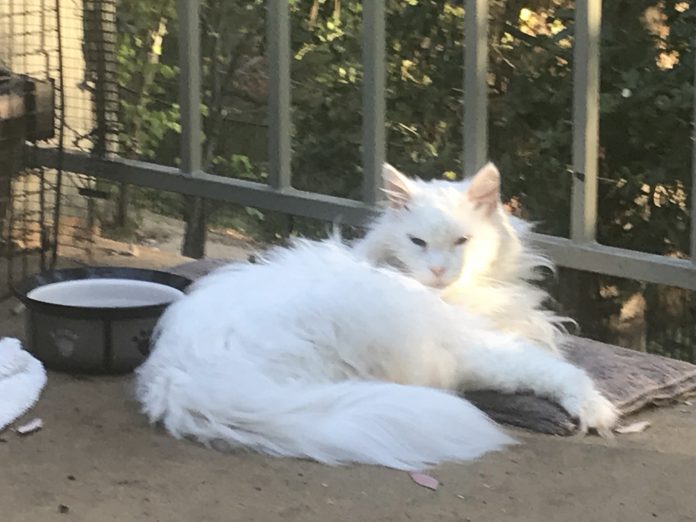 Bill found this picture (see below) of my beloved Tally riding on the dashboard of our jeep back in the early days of Camelot! Such a brave kitten and so intrepid…

My Norwegian Forest Cat Tally (TALLU=GREAT SPIRIT) passed on last night.  He died peacefully. Please join me in wishing his soul safe journey…
I remember when as a kitten he joined us driving around the American Southwest on our interviews!