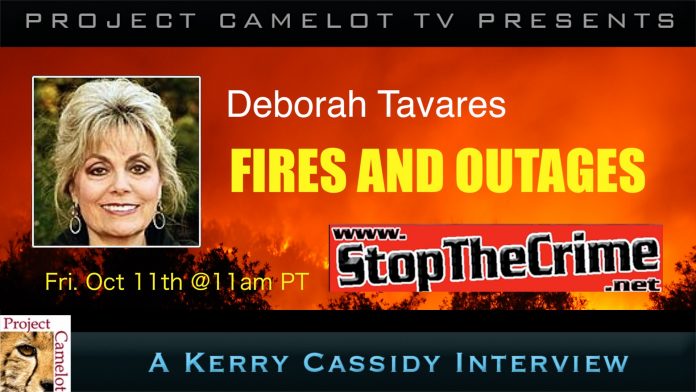 Today @ 11AM PT I talk with Deborah Tavares about preparedness and dealing with fires and outages.  First, they turn off the power then the fires started…Geoengineering and planned fires.