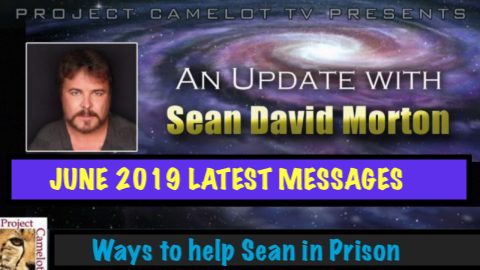 From Sean: I am filing the very last om y legal motions to get me out of here!!

I filed my appeal on May 20th, Pleiadian Solar Alignment day…so maybe it will ascend straight to GOD! They have 30 days to respond, then I have 21 days to respond to THEM. Acting as my own attorney which they let only 1% of people do.

I’m putting in a motion for COMPASSIONATE RELEASE, as since I have been in the tender care of the BOP my Type 2 diabetes has gone from full blown type 1, my blood pressure is at constant STROKE levels, I’ve lost 2 teeth, and they totally blinded me in my right eye, and won’t even give me glasses for the fading vision in my left.

Also filing a 62.1 to inform the court of all the CRAP the DOJ HID from the judge, and if he would rule the same way if he knew he had been bamboozled. They are going to file one for Melissa as well.

So my paralegals, The COME UNITY TRUST, needs only $500 to finish up the whole kit and kaboodle. My lady paralegal is preggers, popping in August, and needs some baby money, and it is an amazing deal for all the work they are doing…

I have raised $250, and was hoping maybe you could possibly PayPal them maybe $50-$100 as I’m getting some other friends to make up the difference.

Any chance? It would literally save my life…

their PayPal address is:

thank you so much for being my eternal friend and coming to our rescue so many times..