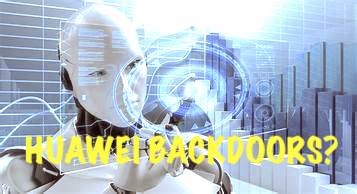 BREAKING… :  I have a HIGH-LEVEL SOURCE that tells me that HUAWEI ALSO has installed backdoors in all the equipment used by the BRITISH!