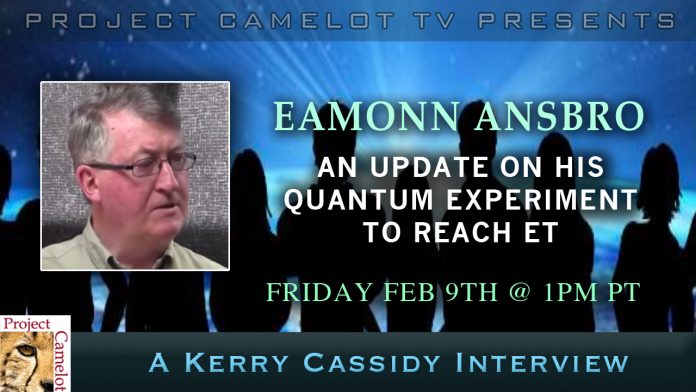 I will be interviewing scientist and astronomer EAMONN ANSBRO about the status of his quantum experiment to contact ET. FRIDAY FEB 9TH ! 1PM PT / 9 PM UK TIME


See below for bio.

He is director of Kingsland Observatory, one of 5 Observatory research centres in astronomy in Ireland. His main involvement for some years has been in Solar System studies and Instrumentation.

In recent years he has been involved in SETI . He founded SETI Kingsland which has been pioneering a fundamental new approach within SETI.

This new SETI approach has resulted in breakthrough technology for applying it to communications with extraterrestrial civilizations.