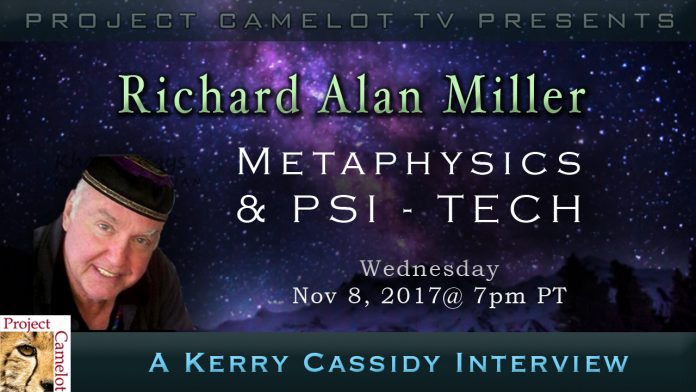 I interview magician, psi-tech trainer and black project physicist Richard Alan Miller.  This is a wild ride down the lanes of AI, Quantum, Dolphin-Orca memory and more…