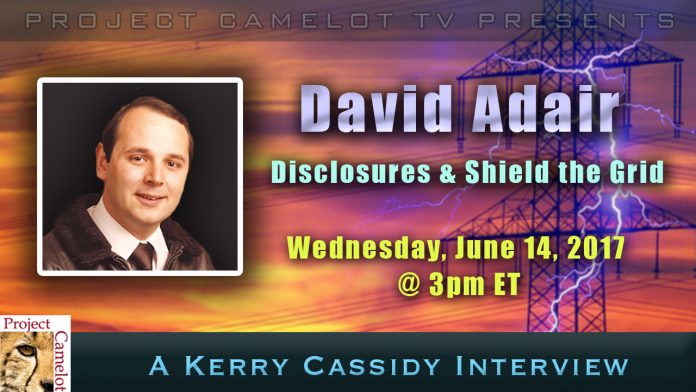 In this interview David talks about his experience with the Steven Greer Disclosure Project many years ago, his thoughts on disclosure, the danger that CMEs and EMPs are to the unprotected grid and what we can do about it.  We also talk about Artificial Intelligence in many aspects and David reveals his ongoing contact with the artificially intelligent ET engine that he was shown in Area 51 many years ago at the age of 19.

David Adair is an internationally recognized expert in space technology spinoff applications for industry and commercial use. At age 11 he built his first of hundreds of rockets which he designed and test flew. At 17 he won “The Most Outstanding in the Field of Engineering Sciences” from the US Air Force. At 19 he designed and fabricated a state-of-the-art mechanical system for changing jet turbine engines for the US Navy that set world record turnaround times that still stand today.

He had a hands on encounter with alien technology in Area 51 that changed his life and he is now out on the circuit talking about it.

i have done 2 more interviews with David Adair.  See below for the links.

DAVID ADAIR – ALIEN TECH TWO   — all about what happened at Area 51!