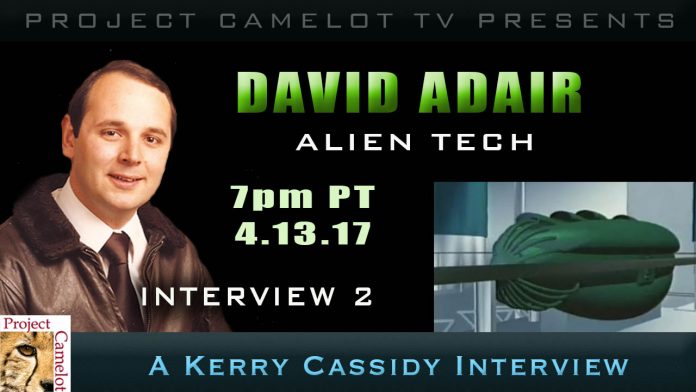 David Adair was my guest to talk about his encounter with an alien AI conscious craft in Area 51.  He will cover things not previously covered in my first interview with him.

Short bio:  David Adair built a rocket with first strike capability at the age of 17, secretly funded by the U.S. Government.  He was during that time, shown an alien engine at Area 51 with an engine design similar to his own rocket. He claims he was tortured by Arthur Rudolph and rescued by General Curtis LeMay.