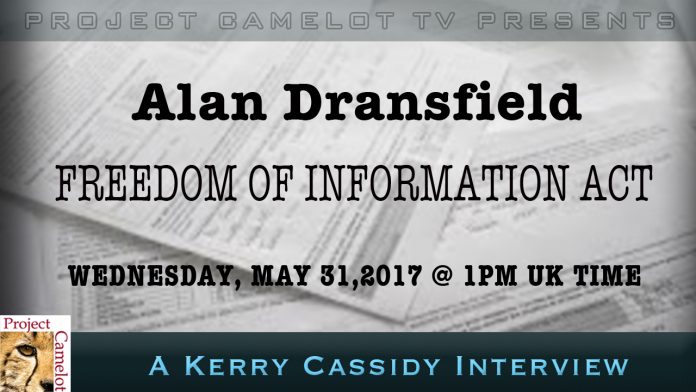 In this show we uncover some very diabolical link ups with corporations and human rights as well as tap into a plot behind LIGHTNING and why these requests may be being stopped.

Short bio: Alan M Dransfield is a FOIA Campaigner and Social Watchdog from Boston UK. I believe the FOIA and the Information Commissioner’s Office is in meltdown owing to widespread corruption at the ICO.

I am the UK leading Vexatious Court Precedent, which has now been used approx 6500 since my own original Vexatious Decision inJan 2013. In a nutshell, the Dransfield Vexatious Decsion as in GIA/3037/2011 is being used as a get out of jail free card scapegoat to circumvent the FOIA 20000 and to prevent Joe Public obtaining Public Information.

The Dransfield Vexatious cases has been used by lots of High Profile Government Authorities to prevent them washing their dirty laundry in Public.