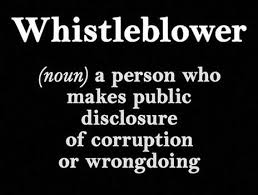 This article was originally written as a response to a post on the Avalon Forum by Bill Ryan regarding Corey Goode.

I have read Bill’s statement regarding Corey Goode and some of the problems with his testimony and dealings with others that seem to indicate that he has not been honest with the public and that his story may also be at least partially fabricated or simply an implanted memory.  I don’t see any point in attacking him however and will not do so.

I am not going to go into the interactions I have had with Corey in the very early days (a few years ago) when he contacted me asking if I would interview him.  But I will say that while Bill Ryan has every right to make public his own views and research about Corey and his claims, he does not have the right to make statements on my behalf and without my permission about what he assumes I think or what I have told him in confidence.

There are many people in this sector who are highly suspect and many people who are telling the truth as they see it and still many more with implanted or false memories.  There are people who are playing to the audience and lying outright with full knowledge that they are doing so.  There are agents, assets who are in essence working for intelligence agents and paid trolls as well as unbalanced and unprincipled people as well.

Some whistleblowers may be telling the truth and others, motivated by a myriad of human failings, may be lying or combining the two in order to save their own lives and still get the truth out.  While I am sorry that Rich Dolan and Bill Ryan find whistleblowers to be ‘unreliable’ and that Farrell and Fitts prefer “research and documentation”  I have to say that this in no way addresses the true value of whistleblower testimony.

Whistleblowers are, in my view, in a world of lies and secrecy, our lifeline to what is really going on.  And many whistleblowers (who are very human with human idiosyncrasies and failings) are risking their lives and many have been killed for their attempts to get the truth to humanity.  At least 2 Camelot whistleblowers have been killed and possibly more.  Several have been silenced. Some have simply gone back to work for the secret space program or black projects.  Others, like Norm Bergrun have disappeared and presumably gone back to work for them.  Others have had family members die mysteriously or suddenly and the list goes on.  Whistleblowing is clearly not good for your health.  But it is vital.

To attack as unreliable whistleblower testimony is the same thing as attacking all HUMAN testimony.  Yes humans can be manipulated and deceived and have diabolical aims but they can also be dedicated and truthful and sacrifice their own lives for their fellow man (or woman).  Making a blanket statement about “whistleblower” testimony is no more meaningful than to say all politicians lie and all judges and juries are deluded and misled.

Whistleblowers are like those in any other walk of life.  Some are truthful and some are not. Some believe what they tell people and some lie with impunity.

As an investigative journalist, documentary filmmaker specializing in whistleblower testimony for over 11 years I can say that there are many ways to tell if a person is lying.  Investigating their claims is one of them.  Cross-correlating testimony is another.  Facial reads and behavioral “tells” often reveal an attempt to deceive consciously.  Or unconsciously.  And so on… My point is that it is up to us to do the work necessary to tell truth from falsity.

Considering that humans are the predominant species on this planet albeit with mixed heredity and DNA from many other species it is important to recognize that the consensus reality or Matrix we live in is geared to make humans suspect each other before they look to other races such as Reptilians, whose influence over the Illuminati thought forms is extensive.  It is part of the Controllers agenda to get humans to see each other as the enemy first!

Documents are notoriously unreliable.  We all know that documentation can be faked (like the birth certificates of Presidents) as well as photos and videos (see the Kennedy assassination altered Zapruder film and my interview with Mike Sparks and James Fetzer re Zapruder Film New Evidence) and of course there’s 911 (tv images of planes appearing to hit the twin towers) and so on.  I often find it interesting and puzzling that humans will believe a piece of paper or a film or the TV but suspect another human as lying when humans are the ones creating the film and documents in the first place!

College or university educations, degrees and so-called authority figures are all suspect and no guarantee you are getting the truth.  Titles and large salaries are no proof of anything other than perhaps of the Controller’s approval or backing of someone… Wall Street is full of people who lie for a living and make money deceiving the public as we know.

My point is that we humans have been taught to first believe outside authorities, documents, organizations and people with money and in the top echelons of power before we believe each other.  We are told from birth to follow rules and regulations that are supposedly “good for us” drafted by those in positions of power when time and again we find we have been lied to and misled for an agenda most people have no awareness of.

I do however think it is important for people to weigh the evidence and quality of the testimony we are given and use our hearts and minds to see what resonates and what does not.  I firmly believe humans are psychic and precogs by nature and that we can discern the truth where we find it.  And as I have said many times, the truth is not served in this reality anyway, on a silver platter.  It is up to us to learn to exercise discernment as we journey on our path.  And life is an exploration of consciousness.