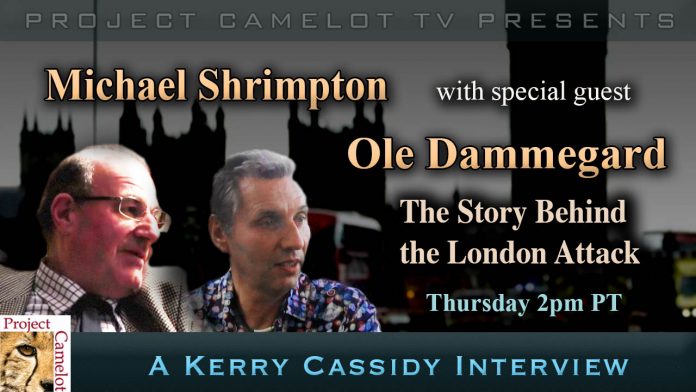 I interviewed Michael Shrimpton WITH Ole Dammegard (just confirmed) at 2pm PT Thursday to discuss the background behind recent London attack on Parliament (predicted by Ole Dammegard as explained on his recent interview with Jim Fetzer!  link here).

We have invited Ole to join us during this interview as well to talk about his prediction!