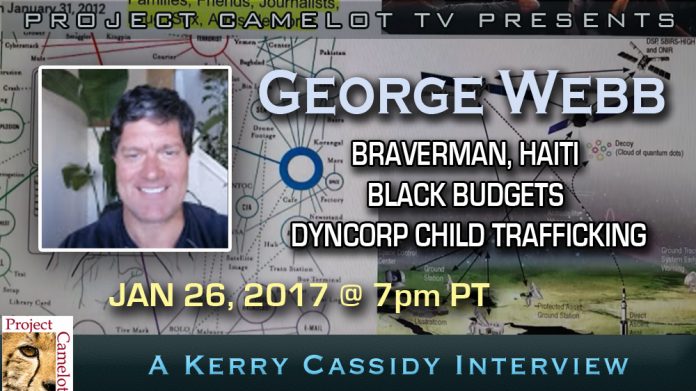 I interviewed investigator, George Webb re his video series on Braverman, Haiti, Dyncorp and more… He is creating a massive project linking all the usual suspects with child trafficking, sex slaves, black budgets… going down the rabbit hole into Promis, trail of the octopus, following the money.

Go here to view the ever expanding circles of crime:

Computer software salesman turned citizen journalist explores the hidden world of US covert operations by a little known company named DynCorp. His investigation, which started as a probe into the Clinton Foundation and the disappearance of their ex-CEO Eric Braverman, has turned up many leads on the missing $6.5 Trillion of the US Treasury including black budgets for the Dod, CIA, FBI, and 27 other Federal agencies.

One sample video from the series:

CHANGING THE SYSTEM REQUIRES THINKING OUTSIDE THE BOX UPDATED!