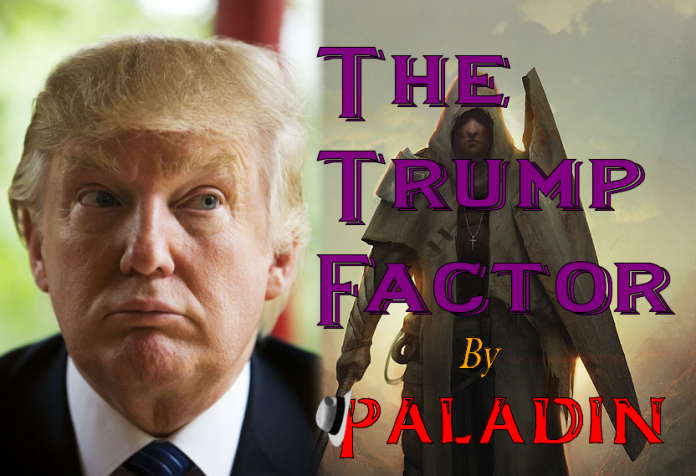 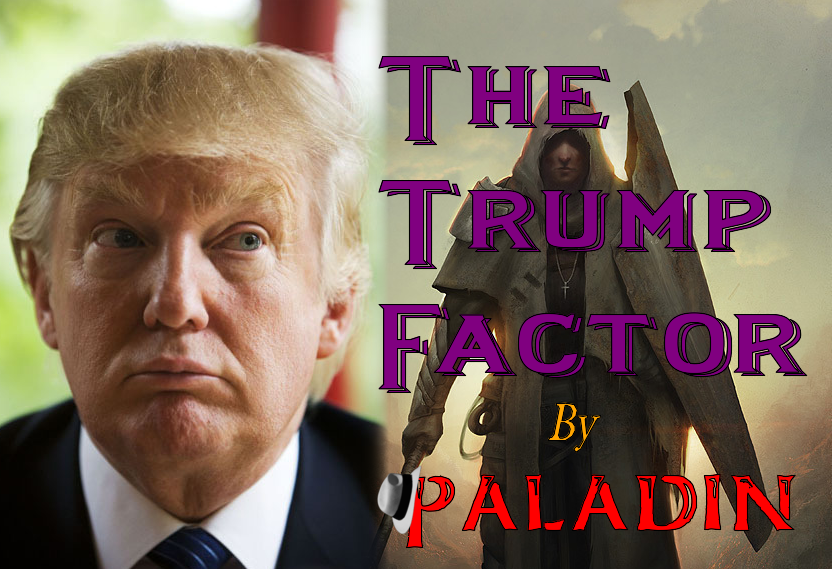 I’ve been deluged with correspondence over the last few weeks regarding the Donald entering the race for the Republican nomination for President in 2016. I am both surprised and disappointed that people actually consider him to be a viable, serious and electable candidate. I had heard about his illegal immigrant comments but not much more. So….I spent about three hours the other day researching his campaign and watching his speech delivered in Phoenix, AZ.

Same old Donald. He devoted an inordinate amount of time to himself (as usual), expounding on his success in real estate, his TV star power and just what a great guy he is, in general. Sickening of course but its part of his shtick. Not much substance other than his illegal immigrant comments, his opinion that Mexico and other country’s leadership is smarter than ours and things are broke and we need to fix them. Nothing new here other than the Donald is willing to say what we’ve all been thinking and perhaps saying as well. In that way he’s different from the rest of the scenery in either party as there’s way too much asskissing to promote the status quo. The Donald breaks that mold, as he is meant to. He’s the media’s designated whipping boy. They can make fun of him and his comments regarding the influx of illegal immigrants in this country and the crimes they commit. This fact alone, that the media is attacking him, tells you he’s not in this for the long haul.

The illegal alien issue is peripheral to a much larger problem that the Donald won’t touch and that has to do with securing the borders against the media-touted, fear mongering campaign, AKA the “war on terror”. It’s obvious that an Al-CIAda terrorist could easily walk across the border with the millions of Mexicans, Central and South Americans every year and not be noticed. I mean, what is the purpose of the Patriot Act and all the other “war on terror” measures we’ve taken if they aren’t enforced? The purpose is to enslave the citizens of the US, keep VERY close tabs on the dissidents and political enemies, and NOT combat the terrorists. Pardon me, I guess Al-CIAda is passé and the new flavor of terrorist is now ISIS, the Israeli Secret Intelligence Service, better known as Mossad.

The most recent attack on Sen. McLame of Arizona is another good example. True, the terrorist supporting maniac is not a war hero but what about the allegations that he collaborated with the Viet Cong all those years in the POW camp? Supposedly McLame went on local radio and TV in Viet Nam and talked about the bad Americans. And lastly, have we all forgotten about McLame’s steadfast refusal in the past to acknowledge, investigate and release official documents regarding POWs in Viet Nam? Why would he do that? Perhaps because the rumors that the Viet Cong referred to him as “Songbird” are true? Because the 32 propaganda videos he made are true? Perhaps some of those POWs he refused to help may have been able to expose him as a fraud? A traitor? If you aren’t familiar with this, take a few minutes to review this YouTube video.

McLame is a relic, a war mongering old man whose time is long past. He needs to be put out to pasture like the old bull that can’t function in the herd anymore. And once again, the Donald doesn’t take this far enough.

Despite the fact that many in the media are attacking the Donald as per their orders from the Zionist masters who own them, some have postulated that the Donald will take votes from the Republicans (Bush) and shift the advantage to the Democrats (Clinton) like Perot did in 1992. This was all subterfuge of course as the outcome of the election had been determined way before November of 1992 but an explanation needed to be provided for the incumbent to be defeated. Of course, der Fuhrer’s reign as President was originally planned to span twelve years (1980-1992) anyway so Perot was added to the mix for posterity. This time around, in my opinion, it will be in reverse, the Donald will take enough votes from the Democratic side to swing the vote to the Republican nominee (Bush) for President.

The only thing left to see is how long the Donald will stay in the race. You really don’t think he’s going to spend millions of his own money conducting this farce do you? He’ll hang around until the primaries get started when he’ll have to spend some of his own bankroll to advertise and then he’ll quietly fade into the sunset. He’s already admitted he’s participated in the past in bribing and buying politicians just like the rest of the corporate world.

Let’s be reminded of the farce he conducted a few years ago to bring attention to the birth certificate controversy of the sissy boy in the White House. Trump’s attention getting campaign served to focus attention on this and then at precisely the right moment, the Kenyan releases his doctored and made up birth certificate to put this issue to rest. Coincidently if you recall, the Donald faded away into the night as his purpose had been served.

I hate to admit this but I watched the entire Republican debate the other night. I normally skip this and other disgusting political events like the State of the Union because I’m concerned I’ll lose my temper and toss something at the TV and ruin my pretty flat screen. Can’t have that, especially with football season rapidly approaching.

I didn’t watch the earlier debate so I can’t comment on Carly Fiorina’s performance or any of the others in the lower tier of candidates but this political process is truly pathetic. The “main event” debate opened with a question to all candidates regarding a commitment to (1) back the Republican nominee if they pulled out/lost and (2) not subsequently run as an independent. This was, of course, a way to separate Trump from the rest of the field because he was the only one to admit he couldn’t make this commitment. Of course this is just fodder to use against him to galvanize the party.

The only thing you need to know about Trump is that he, along with the rest of the Republican pretenders, are staunch supporters of Israel and the continued Zionist stranglehold of the US. If there was ever a question, it should be answered, AIPAC still controls this party with their bribes and blackmail. I expected Netanyahu, the maniacal Zionist war criminal, to appear on stage any minute so they could all bow and kiss his hand.

I won’t even mention the three media stooges by name that ran this psy-op of a debate but suffice it to say that they played their roles to perfection. As always, they treat the public as idiots, conducting their “post game” analysis and telling us all who won or lost. Even though the 24 million viewers who saw the debate can make up their own minds about the performance of each shill candidate, they’re never shy about telling us what we saw and who we should consider the “front runner.”

I’m sure soon the Dems will offer their version of the theater of the absurd and we can watch more nonsense played out as the election season begins to crank up. And we’ve got approximately 13 more months of this nonsense before the election next November. The fact that Hillary Clinton, the Bonnie of the Bonnie and Clyde political dynasty, is not in prison for her long list of crimes going back many years is running should tell you that the other side of the aisle is just as pathetic.

And let’s be clear, the Donald is the poster boy for the fringe element the media refers to as “conspiracy theorists, birthers, truthers and of course we can’t forget haters”. They will tell us the bad hair real estate mogul/reality TV star to show us how our ideas and opinions about the sorry state of this country are all unfounded, without merit and divisive.

At that point, the Donald will disappear and return to his TV star role with higher ratings than before.

Is this a great country or what? *HEAVY sarcasm*