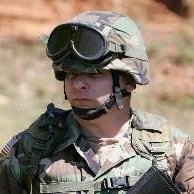 Strange deaths of authors of fiction…

How safe is it to be a book writer, even if you don’t name anyone specifically but use fiction?

What is it about a BOOK that shakes the evil elites to their core?

Mike Sparks is a former Infantry NCO and 1LT officer; he is the Director of the 1st Tactical Studies Group (Airborne), a non-profit think-tank and action group for military excellence. He has a Bachelor of Science degree in History Education from Liberty University (in residence). He is the author of James Bond is Real: The Untold Story of the Political-Military Threats Ian Fleming Warned Us About at jamesbondisforreal.com