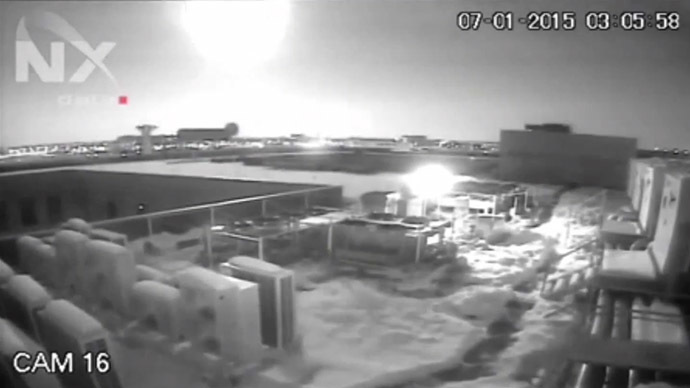 They are claiming this was a “meteroid”… I am not so sure.  Looks like something big and guided…