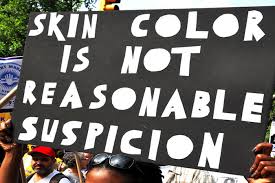 I just thought you should be aware that the US military declassified, in 2009, their Defense Threat Reduction Agency (DTRA) findings that Ebola can be stopped with 10 ppm Nano-Silver in solution.

My comment:  According to another source however, the so-called Ebola strain they are dealing with contains multiple strains of other viruses… for what it’s worth.  One wonders if the above Defense Threat Reduction Agency Report is valid why health officials and governments wouldn’t just have dealt with the virus when it first showed up (regardless of where).  This then lends weight to the idea that what they are dealing with is not ebola at all but something different perhaps a “concoction” of many viruses.

I am also told that within this virus or perhaps in the vaccine there are racially specific targeting agents.  This again is a no-brainer.  In fact, I would say that any thoughtful investigator would come to this conclusion immediately as most man-made viruses, weaponized etc would by default contain racially specific targeting.  It is the agenda of those intent on devising bioweapons to target various races on the planet.  It works both ways… in other words competitive governments from different countries will target the “other side” in their bio weapons.

It is also worth mentioning here that PROMIS SOFTWARE at least one of the major initiation points for the AI (artificial intelligences) that currently are attempting to run the planet involve racial profiling and targeting for a variety of methods of population reduction or warlike agendas.