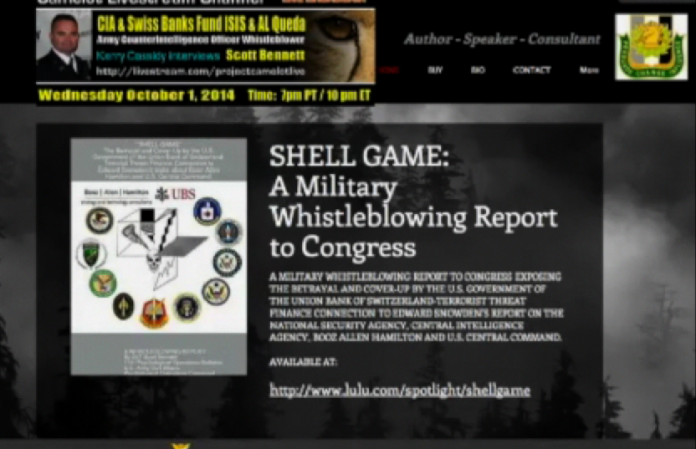 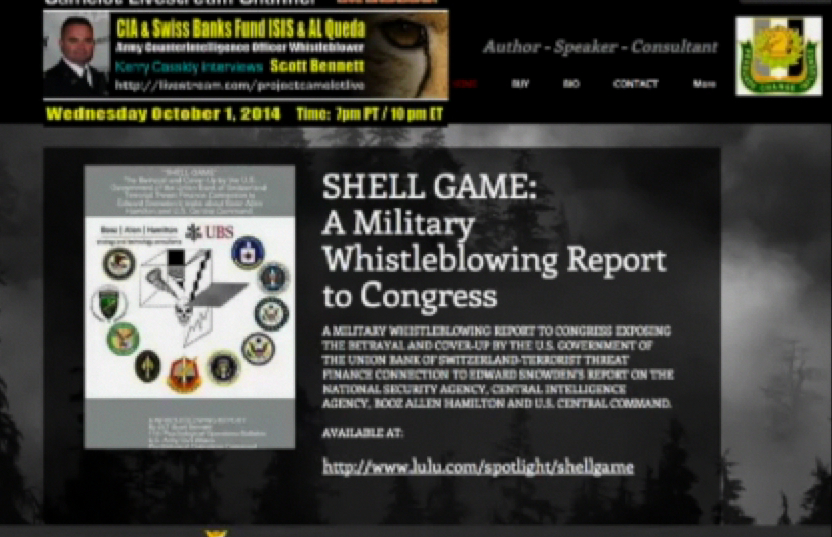 A groundbreaking in-depth interview with Scott Bennett.  A discussion of the book SHELL GAME:  A Military Whistleblowing Report to the U.S. Congress Exposing the Betrayal and Cover-Up by the U.S. Government of the Union Bank of Switzerland-Terrorist Threat Finance Connection to Booz Allen Hamilton and U.S. Central Command