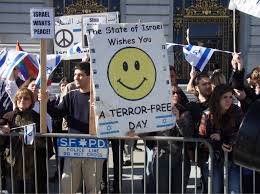 This is a very insightful article describing how Israel funded the beginnings of Hamas as an alternative to the PLO… The idea being ‘the enemy of my enemy is my friend’.   And the U.S. does the same with ISIS (and Israel) and Al CIAda and so on.

…”Taking into consideration the fact that Israel has provided military and medical support to the most bloodthirsty and brutal Islamic extremist terrorists in the world and the fact that it has created Hamas from the very beginning, the answer to the question of “Why aren’t organizations like Nusra, al-Qaeda, and ISIS attacking Israel?” is quite simple – because Israel is partly responsible for funding and directing them.

With all of this in mind, any claims of victimhood by Israel should immediately be discarded. Indeed, this portrayal of self-defense and endangerment should especially be discarded when one considers the history of the state itself.

Israel has made its own enemies by virtue of its colonial nature, its foreign and domestic policy, and even by direct organization and funding. It is thus wholly accurate to say that Israel’s enemies are literally those of its own making.” –-Brandon Turbeville

By the same token the U.S. is also funding and creating its own enemies.  As is Britain.

On another level what is clear is how war and discension worldwide whether in Africa, Gaza or the Ukraine fills the coffers of arms sales and keeps countries impoverished.  In some cases like with Iraq, when a country becomes too much of a developed force to be reckoned with, they create a war to bomb it back to the stone age.  In the end there is an even larger agenda having to do with ruling Planet Earth.  That side of things is obviously not covered in the scope of the above article.