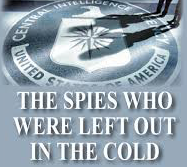 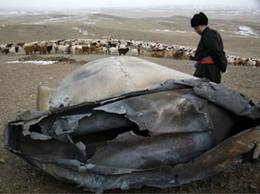 He was ‘left-out-in-the-cold’, and to survive used other intelligence pretexts to return to the U.S., but in 1986 as 1 of 3 counterfeit couriers whereupon his return to Los Angeles airport was captured by 22 agents of the U.S. Customs Enforcement Team ( CET, now DHS ).

As a ‘suspected counterfeit courier’, he was federally charged, and while federally imprisoned, was recruited by the U.S. Secret Service “Foreign Branch” as a ‘Foreign Intelligence  Advisor’ for their U.S.

Because of ‘classic CIA failures to follow detailed instructions’, the CIA agent failed miserably ( his ‘ivy-league appearance’ and ‘government mannerisms’ did ‘not’ help him either ) so, the CIA turned Collin into their ‘fall-guy’, which in-lieu of passing three ( 3 ) ‘CIA qualified polygralph examinations’ ( only ‘1’ test is considered ‘normal’ ) ‘irregardlessly sentenced him anyway’ in 1986; just as Collin’s defense council warned, “Just buckle-up, only your “character’ is being ‘assassinated’ – this time!”

While federally imprisoned, Collin was called upon again, but ‘this time’, to closely monitor another ‘former CIA agent’ ( Ronald Ray Rewald ) who ( after visiting with an ‘active CIA agent posing as a federal inmate’ ) was about to expose one ( 1 ) of several

The agent released the ‘true identities’ of 47 other ‘active’ CIA ‘field intelligence agents’ ( posing as ‘global military armament dealers’ by smuggling the report out-of federal prison ( using a ‘chaplain’ ) to his ‘book publisher’ in Connecticut.

Collin, knowing this, could not contact local federal government authorities so, he used a then-visiting Rabbi to smuggle his letter out-of federal prison and personally read it over a secure line to the now-late U.S. General Armitage overseas from where the former CIA agent’s plan was stopped.

Collin was released, although his record never esponged ( cleaned ), to continue his ‘secondary parallel intelligence career’.

Collin was then trained-by and worked for Microsoft and Intuit, whereafter be became a unique computer security  consultant: a ‘foreign national’ ( “Not A U.S. Person” – according to the U.S. Marshals Service computer ) Non-Official Cover ( NOC ) inteligence asset carrying him under another passport to Eastern Europe on a 4-year assignment.

Collin, ‘another form of secret agent’ ( NOC ), was ‘left out in the cold’ to ‘suffer’ ( for decades ), ‘not by chance’ ( continously operating above and beyond calls of duty ), but ‘for circumstance’ (will of government ) this NOC will die without any:

The only ways guys like Collin retire are not pretty pictures like gazing out over sunset beach. Collin’s major disadvantage was he opted for doing bookworm research and was terminated from five ( 5 ) foreign field assignments because he applied research tradecrafts to his field assignmemts that apparently had hidden U.S. agendas.

Collin was ‘no cruise-missile following lock-step textbook Rambo guerrilla tactics. He used brains, not brawn; just a silly rabbit spy who learned how to dig perceptive holes to travel down and where not to.

Many thought he wouldn’t live this long, in-fact a Vietnamese doctor for the government told Collin he would die of either a stroke or cardiac arrest in October 2011after he stopped tasking global terrorist financing cases for an Office of Special Investigations (OSI ) hidden under ICE umder the U.S. Department of Homeland Security ( DHS ) under a Federal Reserve Branch Office in Los Angeles going after certain types of legacy era high-value securities ( e.g. Federal Reserve Notes and coupon type Bonds ) circulating worldwide.

In 2010, DHS ICE OSI sent him an unsolicited warning about information he posted at his Unwanted Publicity Intelligence ( UPI ) website whereupon Collin told the Agent In-Charge to call his former handler from “Team Six,” which was done so, Collin ‘limitedly complied’ since the intetnational fraudster he wrote about was a U.S. controlled ‘foreign national’ NOC operative ( Neil Benjamin Gibson ).

DHS, like a Mafia Family, then tried slapping ‘golden handcuffs’ on Collin, which didn’t work, and to make a long story short, all of Collin’s websites were “dismantled.”Collin contacted his Washington D.C. Metro attorney friend to intervene, which only brought Collin  a ‘federal buck-passing’ e-mail from the DHS ICE OSI AIC apologizing while blaming the difficulty on the U.S. Secret Service Foreign Branch ( code, for: “CIA” ).

At that point, Collin ‘finally’ gave-up in 2012. He agreed to begin writing occassional reports for Project Camelot Productions after being offered his own column / blog there.

The real history behind Collin has never been written about anywhere; just bits ‘n pieces here and there. If anyone ever put them all together and sat down to interview him for a series of books they would necessitate labelling as ‘fiction’ because no one would ever believe even so much as 50% of what Collin has been involved with in just one ( 1 ) lifetime alone.

Collin Returns To Join The Fight

– U.S. Department of Homeland Security and their two ( 2 ) computer systems; with,

“Where do you want us to send your DHS seized luggage? We have it!”

Collin returned to America, ‘yes’, and ( ‘once again’ ) for the ‘5th time’ ( in his life ) was ‘left out in the cold’ where he remains financially destitute, ‘without family resources’, ‘no citizenship’, and ‘physically disabled’ he tries surviving ‘without care from public (government ) resources that homeless get ‘if’ their citizens.

Now on the streets of Los Angeles, his ‘life’ research and reporting exists solely based on donations at this time.

Please consider helping by e-mailing him directly, at:

Remember to type “HELP OFFER” in your e-mail “Subject” line.

particular method to send their donation ) has changed, to the

provided to ‘all bank customers worldwide’ whereby any ‘bank teller’,

money-market account ) to the ‘known individual’ ( receiver of your

2. Use these specific details ( provided below ) handed to the bank teller:

I can still receive Western Union or MoneyGram.