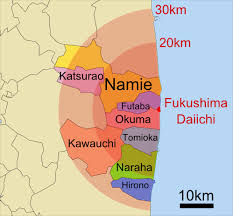 Part 5 – The Health of Japan

Some of the smallest children in Koriyama, a short drive from the crippled Fukushima nuclear plant, barely know what it’s like to play outside – fear of radiation has kept them indoors for much of their short lives.

Though the strict safety limits for outdoor activity set after multiple meltdowns at the Fukushima Dai-ichi nuclear plant in 2011 have now been eased, parental worries and ingrained habit mean many children still stay inside.

And the impact, three years on, is now starting to show, with children experiencing falling strength, lack of coordination – some cannot even ride a bicycle – and emotional issues like shorter tempers, officials and educators say.

It is now confirmed that thyroid cancer is now on the increases with Japanese children. Harada, a private hospital in Tokyo, reports a tremendous increase since Fukushima, especially those born after the 2011 event.

Parents did not trust the early thyroid examinations from the Prefecture (government) screenings, so began using private hospitals with more advanced protocols. That’s when it was discovered that the level of exposure was far worse than ever previously reported.

The government argument for secrecy was the fear that some would overreact (like having abortions), when no one actually knew how bad radiation poisoning had become. This led to distrust of government studies, and a number of private hospitals began to publish their own findings.

As a result, a shocking new report shows that nearly 36 per cent of children in the nuclear disaster-affected Fukushima Prefecture now have abnormal thyroid growths. This is an extremely large number of abnormalities – some of which, experts say, “pose a risk of becoming cancerous.”

After examining more than 38,000 children from the region, medics found that more than 13,000 have cysts or nodules as large as 5 millimeters on their thyroids, (Sixth Report of Fukushima Prefecture Health Management Survey).

In comparison, a 2001 analysis by the Japan Thyroid Association found that fully zero per cent of children in the city of Nagasaki (August of 1945) had nodules, and only 0.8 per cent had cysts on their thyroids.

The World Health Organization states that a thyroid ultrasound screening program will lead to an increase in recorded thyroid cases due to early detection of non-symptomatic disease cases.

The overwhelming majority of thyroid growths are benign growths that will never cause symptoms, illness or death, even if nothing is ever done about the growth. Autopsy studies on people who died from other causes show that more than one third of adults technically have a thyroid growth/cancer. The thyroid is often a good reflection of the total health of someone.

According to the Tenth Report of the Fukushima Prefecture Health Management Survey released in February 2013, more than 40% of children screened around Fukushima prefecture were diagnosed with thyroid abnormalities and that 10 of 186 eligible are suspected of having thyroid cancer as a result of the exposed radiation.

As of August 2013, there have been more than 40 children newly diagnosed with thyroid cancer and other cancers in Fukushima prefecture as a whole.

Furthermore, the report claims that in Fukushima Prefecture, 12 people per 100,000 who were aged 18 or younger at the time of the accident developed thyroid cancer. This figure is contrasted by a 2007 figure where 1.7 people per 100,000 in the general population between the ages of 15 and 19 contracted the cancer (from statistics taken in four prefectures, including nearby Miyagi).

Thyroid cancer is one of the most survivable cancers, with an approximate 94% survival rate after first diagnosis. That rate increases to a 100% survival rate with catching it early. It is also the youngest (children) who are most susceptible.

Radiation enters the body and is distributed through soft tissue, especially in muscle, and then accumulates in the thyroid. It is this accumulation that can potentially lead to cancer. The World Health Organization warns that young people are particularly prone to radiation poisoning in the thyroid gland. Infants face the direst consequences, as their cells divide at a higher rate.

Children who were under 18 when the nuclear disaster struck (2011) is now subject to continuous thyroid examinations every two years until they reach 20 years of age. After that, they will need to be tested every five years for the rest of their lives. It is also believed that some children were exposed to “lifetime” doses of radiation to their thyroid glands (Institute of Radiological Sciences).

Since the tragedy, Japanese authorities and TEPCO officials have repeatedly faced accusations that they withheld vital information about the radiation leak levels in the area and downplayed the real scale of danger. I will write more on that aspect next month.

Children of the Tsunami

Children of the Tsunami is a new documentary on what basically happened to the children during this event. The story unfolds at two key locations: a primary school where 74 children were killed by the tsunami; and a school close to the Fukushima nuclear plant, attended by children evacuated from the nuclear exclusion zone.

Through compelling testimony from 7-10 year-old survivors, this film reveals how the deadly wave and the Fukushima nuclear accident have changed children’s lives forever. Today in Fukushima, Hitoshi and his nine year old daughter Ayaka, check if radiation levels are low enough for her to play outside.

Radioactivity in Ayaka’s street, measured in microsieverts, is 15 to 20 times what it was before the accident. Is that dangerous? No one knows yet, since it has never happened before. That, apparently, is what we are now discovering.

Doctors call for evacuation of Japan

The pediatricians’ general textbook says that reference value of neutrophil (the most abundant type of white blood cells, essential part of immune system) for healthy children (6-12 years old) is […] 4000, but it has shifted to 2500. It is lower than the threshold value of 3000, which points at a serious problem.

With these drops in the children’s immune system, Japan is now experiencing a diversity of sicknesses. Influenza is typical, now seen in children as young as one year olds. Recovery rates are also down, now alarming the general public and doctors.

safe to go out to play,

or stay at home for the day.”