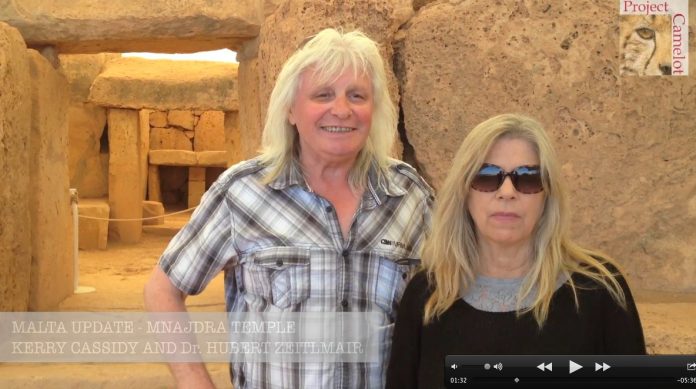 This is the first of a series of short videos shot on location on Malta where we are exploring the island for signs of a connection with the fall of Atlantis.

In this update we are filming in the temple complex known as Hagar Qim specifically in the Mnajdra Temple.

At this crucial time in humanity’s trajectory, Project Camelot is investigating the ancient sites on Malta, Gozo and Comino in order to discover the reasons for the fall of Atlantis. It is our view that we are now on Earth at the same place where Atlantis was before the fall and that it is important to learn the lessons of the past lest we find ourselves repeating it.

Evidence leads us to believe that the Dulce base experimentation and the plentiful evidence of ETs currently visiting our planet reflects a very similar time in history back in the days of Atlantis.  That civilization was apparently highly sophisticated and misusing powers such as the power in crystals in much the same way that is going on now.  There are also many souls in incarnation now who carry with them memories of their past in Atlantis.  This is a time when being mindful of our past is vital in order to create the future.  Join us in seeking the true story of the fall of Atlantis and in setting a path forward into a more positive tomorrow.

I will be leading a tour of the Maltese islands in October along with key authors and investigators into these mysteries as well as conducting a conference on the last 2 days of the tour.

Go here to register your interest in joining us on this expedition.

We have several short interviews with various authors and investigators that we will be releasing in the next few weeks.