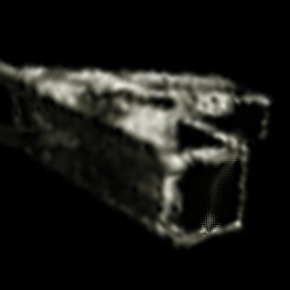 BREAKING NEWS:   …”The enormous object has shown no sign whatsoever of hostile intent…”

January 18, 2014 — (TRN www.TurnerRadioNetwork.com ) — “At least one enormous object of unknown origin has been visually verified as having landed on our moon. As a result, on Wednesday, January 15, three Terrier-Orion rockets blasted off within a span of 20 seconds from NASA’s Wallops Flight Facility between 1 a.m. and 5 a.m. EST (0600 to 1000 GMT) on hush-hush missions for the Department of Defense (DoD).”  READ MORE:  Note see below for details on who owns TRN**

I’m sure it’s no coincidence that the Chinese just landed a rover on the Moon last week…. yeah right.

**Turner Radio Network.  As of December, 10, 2010, this web site is under new ownership.  The former owner, radio host Hal Turner, was Ordered by United States District Court Judge Donald Walter, to divest himself of control or ownership of all websites after his conviction at a THIRD federal trial of “Threatening” federal officials. He is not allowed to own, control orcontribute content to web sites until the end of his probation in October, 2015.  Hal Turner no longer has any connection whatsoever to this web site and does not contribute to its content..