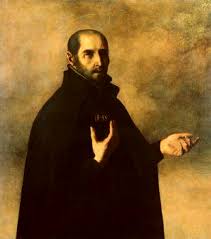 “…The Jesuits have not yet killed me. But they would have surely done it when I passed through their most devoted city, Baltimore, had I not defeated their plans, by passing incognito a few hours before they expected me… The Pope and the Jesuits, with their infernal Inquisition, are the only organized powers in the world which have recourse to the dagger of the assassin to murder those whom they cannot convince with their arguments or conquer with the sword… New projects of assassination are detected almost every day, accompanied with such savage circumstances, that they bring to my memory the massacre of St. Bartholomew and the Gunpowder Plot. Our investigation indicates that they come from the same masters in the act of murder, the Jesuits… So many plots have already been made against my life, that it is a real miracle that they have all failed, when we consider that the great majority of them were in the hands of skillful Roman Catholic murderers, evidently trained by Jesuits. …The Jesuits are so expert in those deeds of blood that Henry IV said that it was impossible to escape them, and he became their victim, though he did all that could be done to protect himself. My escape from their hands, since the letter of the pope [Pope Pius IX] to Jeff Davis has sharpened a million of daggers to pierce my breast, would be more than a miracle.”

Our beloved President Lincoln was murdered by the Black Pope and his Jesuits, and it was covered up by the White Pope Pius IX and the dangerous monarchs of Europe and their minions in the US.

The breathtaking story has been chronicled by Charles Chiniquy in his landmark book, 50 Years in the Church of Rome. There’re several other excellent primary-source materials that corroborate Chiniquy’s painful revelations, as well: Burke McCarty’s The Suppressed Truth About the Assassination of Abraham Lincoln; Rome’s Responsibility for the Assassination of Abraham Lincoln by T.M. Harris.

Rescue Of Nazi Martin Bormann From Berlin In 1945

The Jesuits’ Five-Step Program For Destroying A Country

Warning to All Americans About The Jesuits