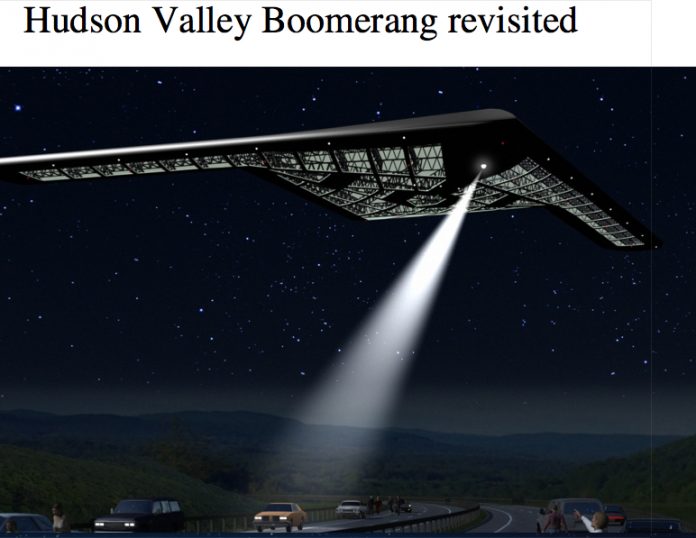 The following is an excerpt from the attached downloadable pdf of an article by aerospace historian, MICHAEL SCHRATT. 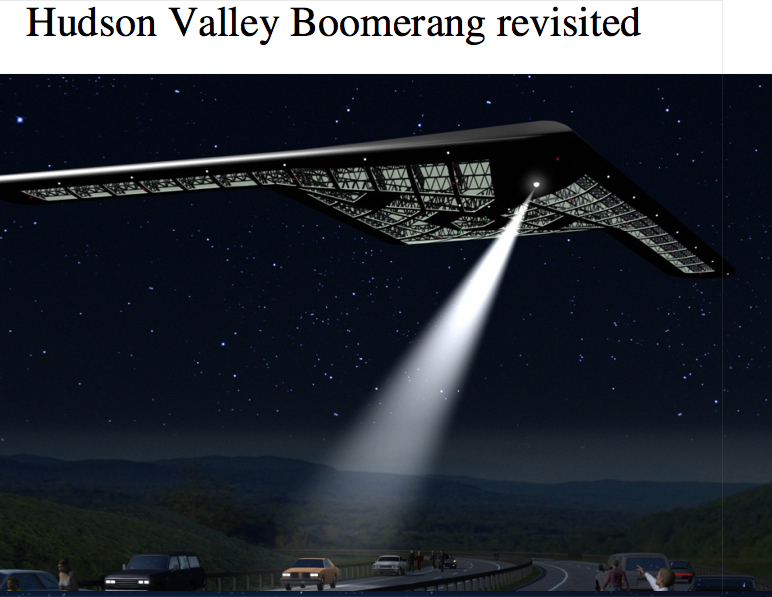 STAR SHIELD and the Legacy of Ronald Reagan

Between 1983 and 1989 over 25,000 eyewitnesses reported seeing a large black flying “V” or boomerang shaped craft over the Hudson Valley NY area. The strange craft was also reported over Connecticut, New Jersey, and Massachusetts. The mysterious object was seen by airline pilots, computer programmers, air traffic controllers, police officers, lawyers, teachers, and businessmen. Essentially, people from all walks of life were eyewitnesses to an extraordinary series of sightings. Many people reported a flying wing shaped craft that flew silently, and which measured between 300, and 900 feet across. In addition, eyewitness reports indicated that the craft had multi-colored flashing white, red, and green lights on its bottom surface. Those that were directly below the craft as it flew overhead described its bottom surface as looking like multiple “tubes, pipes, and cylinders”. Others described it as an “inverted Midas Muffler shop” (see illustration by John MacNeill [above] ).

Star Shield and the Legacy of Ronald Reagan PDF