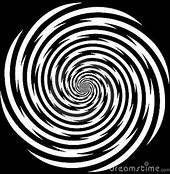 There is growing evidence of mind control and manipulation for the purposes of instilling terror and misdirection in the minds of the observers (us) by the dark side powers in the recent killing of the woman in DC and the man in the Washington Navy yard.

It is no coincidence that both parties spoke of hearing voices, no doubt electromagnetic or other mind control technology stimulated these episodes.  But in both cases there also appears to be the element of misdirection and manipulation of the masses by causing a disturbance for example in DC with this hapless woman while likely troop movements or outright skirmishes with UN troops may have been taking place simultaneously at other locations in the area.  I encourage you to listen to my recent update with Karen Hudes click here to listen in this regard.

The Navy yard shooting spree seems motivated by a lot more than “mental instability”.  In fact evidence points to an operation taking place.  But concerning what?

The lack of good reporting and the continued experimentation and targeting of already unstable or vulnerable individuals is a truly bad combination.  What is evident is that Washington DC is a hotbed right now of energetic focus for warring factions in the unseen world.  The synchronicity of these two incidents happening along with the focus on October 1st as a FEMA supposed deadline along with the government shutdown cannot be a coincidence.  All of these elements smack of planning and orchestration.  For what and where it is all leading is unclear.

What is known is that the dollar is slated to be replaced by the Chinese currency at some point in the near future.  And the continuing mind control of the population feeds into the fear factor as people witness this battle for control by the darkside and within the dark itself.

Rothschilds vs. Bush cabal and on it goes.

When journalists are being killed outright in the streets of the U.S. and individuals are targeted for use as puppets, including mancherian candidates and supersoldiers all falling prey to outside control, it behooves the observer to step back and cooly examine the playing field.

Every year the October/November time frame is focus for rampant rumors and predictions of doom.  Needless to say, the darksiders relish playing with those who fall victim to these scenarios.  Predictions for the future inevitably fall short and are often dead wrong.  Yet people continue to think they see the ‘writing on the wall’. Instead they are seeing their fears manifest in order to face them.  This is the opportunity offered by this dark scene we are witness to.  Stand back and smell the roses rather than jumping into the madness.  Ask how you can best create the next moment for the benefit of humanity around you rather than sliding down the path of least resistance.