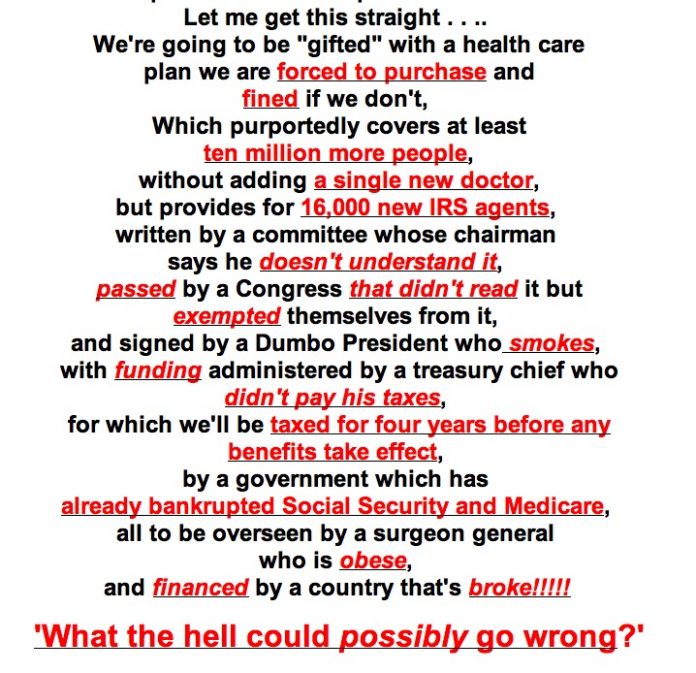 Now I hear that it wasn’t him afterall… ‘would that it were’… but perhaps it was too much to hope that something this inttelligent would come from the likes of him… nevertheless… it still holds (a rose by any other name and all that) ….TRUMP or NOT TRUMP ON “HELL-TH CARE”…. 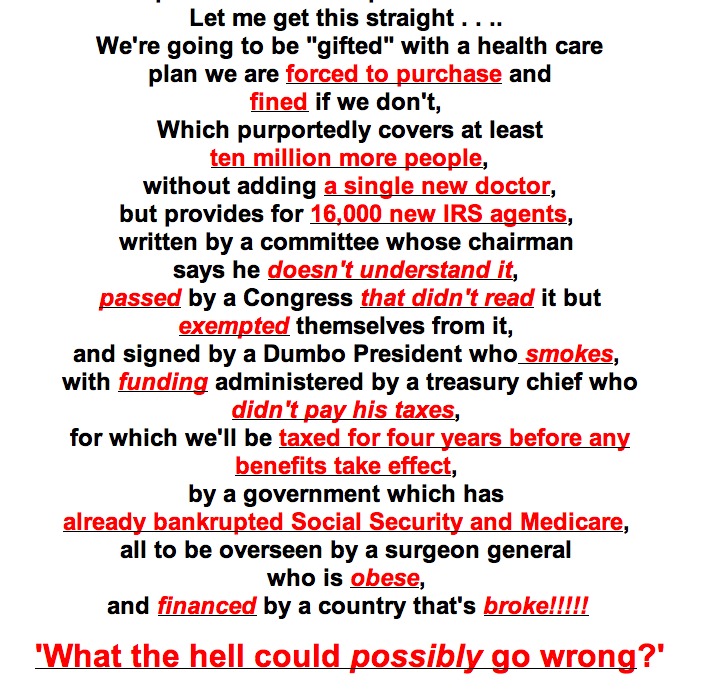