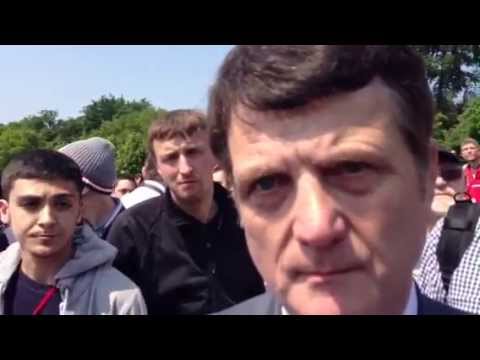 I spoke twice yesterday at the Fringe event for 30 minutes (the allotted time).  Today Alex Jones and David Icke and maybe David Cameron are scheduled to talk.  Late in the day…

Someone stole the router from the Press Tent so no one could broadcast live except Alex Jones who has his own equipment from what I understand.  I apologize to everyone that I was not able to broadcast my talks… It was filmed and so depending how it turns out sound-wise I will release them on my site as soon as I can get an upload cable to my camera and get them uploaded.

Meanwhile, I did a number of interviews that is, I was the one being interviewed 🙂  I am reaching out to various people to schedule interviews but nothing has come through so far…

Tomorrow, Sunday I will be speaking at the Somerset House around 5pm UK time.  Please don’t contact the venue directly or they say I may lose it!  Don’t know why….  Probably because Camelot is so controversial by their standards.  You can buy tickets in advance here.  Space is limited.

i had a lovely day yesterday and met some fabulous people here at the Fringe event.  The event is held about a mile from the ‘house on the hill’.. the Grove Hotel where Bilderberg is being held.

It is clear whoever came in and stole the router was let in and allowed to “steal” the router had shall we say covert assistance by some agency probably under orders by someone who works for the Bilderberg Group aka NWO.

What is clear is that this event signifies the flagrant parading of the “rulers” meeting in seclusion working out what their latest diabolical plans will be for running the world without the say of the people.  CONSPIRACY – an evil, unlawful, treacherous, or surreptitious plan formulated in secret by two or more persons… indeed.  As I mentioned in my talks, there is no transparency… The NWO is now taking control of the countries of the world and doing so in plain view.

Gerard Batten, Member of Parliament spoke and was interviewed by Alex Jones at the Fringe event.  This clip is well worth listening to… I am trying to contact him for an interview.

We well expect an even larger crowd today, Saturday, when people in the UK are off work and able to come down.