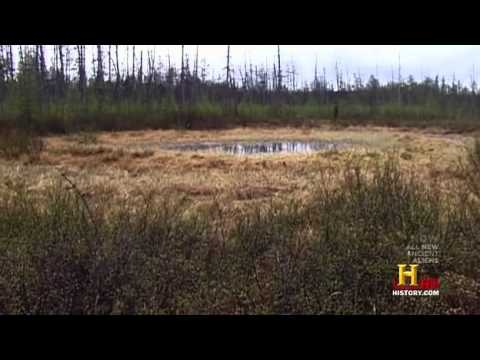 The following History Channel documentary link was sent to me by a Camelot viewer:

What is interesting here is that this is one place where Ziria and Radium (the Irradia Couple) could explore and not eexperience adverse symptoms.  I have suggested this to Ziria…

One thing to be aware of is that there is only one reason why the Russian secret government would ignore this couple and not want to make use of their talents.. And that is because they have a number of such hybrids already serving them in this capacity.  And if Radium and Ziria have within them more rebellious tendencies and are not as pliable and controllable.  This is very likely the case.

One of the things pointed out in this History Channel expose is that these so-called domes (which have sunk into the ground) can be activated and contain technology that is “alien” and could be used to shoot “fireballs”.  The real truth is that as Valery Uvarov told us when we interviewed him in St. Petersburg, these installations are there and equipped to shoot down incoming objects such as asteroids and meteors that threaten the Earth.  In fact, we were told, there is one found in China and near Florida in the U.S.

Go here for our interview with Valery Uvarov: