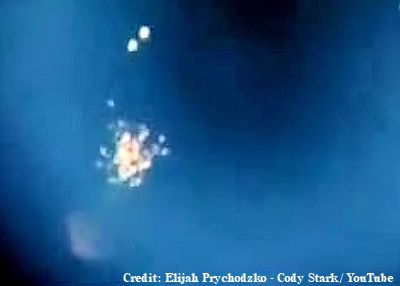 I will be on Anthony Sanchez’s radio show ON SCEPTER RADIO  today at 6pm PST.

We will be talking with Videographer Elijah Prychodzko.  Elijah filmed EXPLOSION IN SPACE.

Not an explosion in my view… Much more likely a mothership expelling a number of smaller craft.