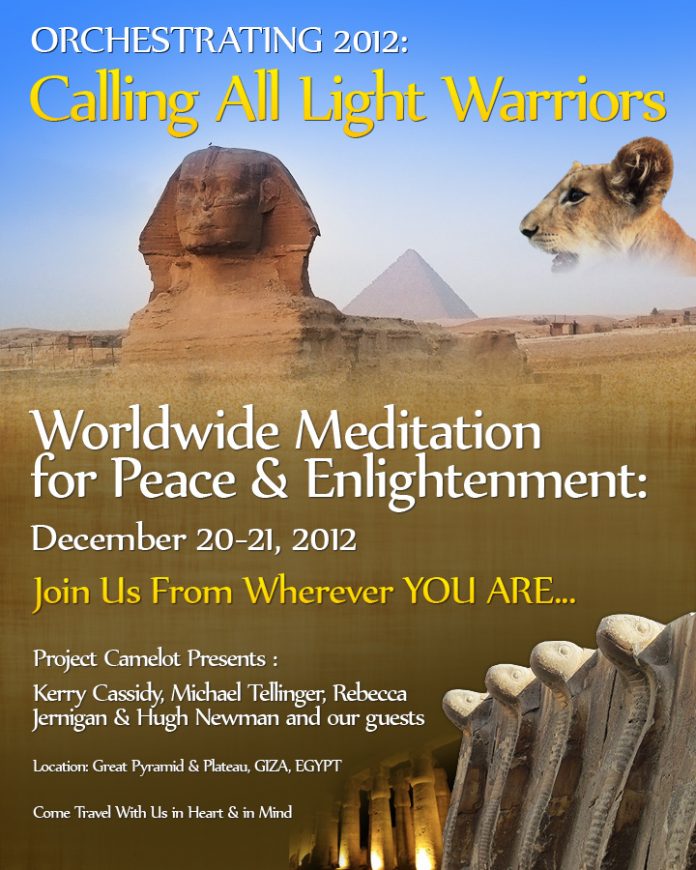 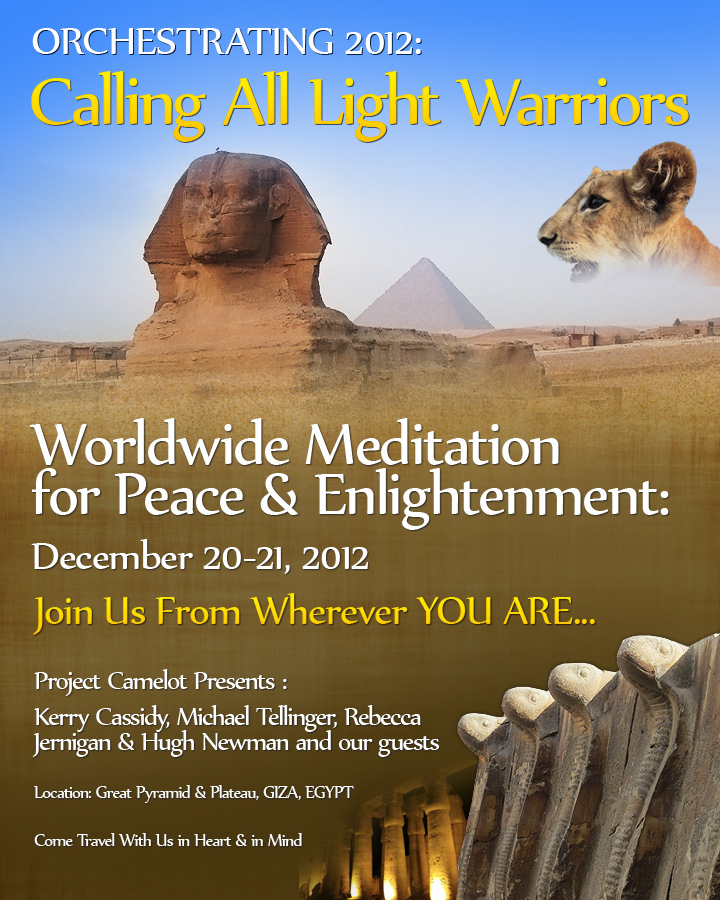 We will be on the Plateau on the 20th and in the vicinity along with many other groups on December 21st… bringing in the Light.

CALLING ALL LIGHT WARRIORS!!   I urge everyone to join us in our meditations for Peace and Worldwide Enlightenment during these 2 days… Wherever you are… share the grace that is our birthright and may the truth prevail on Planet Earth.

Anytime that you join in during the alignment (December 18-21st) you will be able to connect with us and people worldwide who are united in manifesting the light.

We are also planning to arrange a live broadcast from Egypt… more info coming soon!

The ACTUAL ALIGNMENT with GALACTIC CENTER is from 6:00am Dec. 18 to 6:00am Dec. 19. THIS is when the SUN will be aligned with 27º SAGITTARIUS, which is true galactic center.  (courtesy of Sean David Morton– I am assuming his time zone is PST).  This event will span days not minutes and hours… possibly even months.   In fact if it is a true Shift it will encompass years… –Kerry