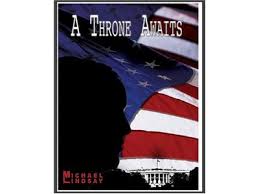 TONIGHT 7PM PST :  I am talking with Bill Calder, author (using pseudonym Michael Lindsay).  He has a substantial background in the financial sector and has written several books in this arena as well as A THRONE AWAITS about a write-in candidate that successfully wins the Presidency.

He’s an ex-Marine and also a financial investigator.  He has a unorthodox approach to finance and to living in general.  He has written screenplays and has potential projects in the wings that may one day become major motion pictures.