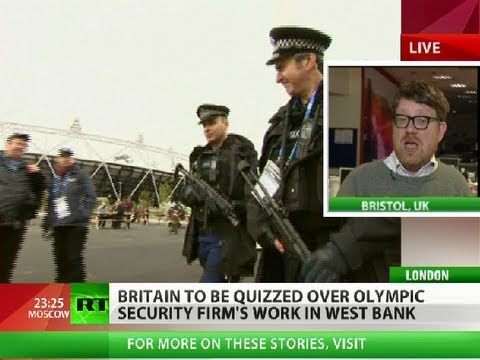 I realize there is a lot of concern and some paranoia around the Olympics in London and a possible false flag…  And whereas I don’t buy into that (home of the Illuminati bankers), I don’t see them destroying their own power center anytime soon!  However the following news item was brought to my attention and I have to say this could indicate something is being set in motion:

The British government is up for questioning from Parliament over why it has handed over the Olympic Games’ security to a company accused of human rights abuses in the Israeli-occupied Palestinian territories. ­The UK-based G4S, which describes itself as the “world’s leading international security solutions group,” was selected as the “official provider of security and cash services for the Olympics.”

Tony Gosling, investigative journalist talks to RT. He says it is unclear how a company with such a questionable reputation could have been chosen to provide security during the London Olympics. “G4S is about the worst you could pick in the world to do this job.”