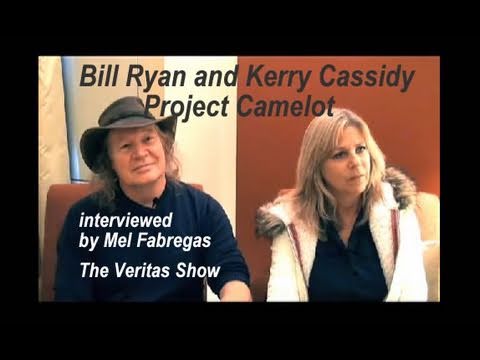 Bill Ryan and Kerry Cassidy of Project Camelot | Interviewed by Mel Fabregas 2011
Filmed in Phoenix, AZ at the UFO Congress 2011 Part One and Part Two

This is a two part interview with Project Camelot conducted by Mel Fabregas for the Veritas Show, at the UFO Congress in Phoenix Arizona in February 2011. In this interview we cover many topics including the efforts by various factions of the powers that be who have tried to interfere with our work and take us down. This is a very candid look at our partnership in Camelot over the years and our view of some of what we have encountered in this ever changing dynamic that makes up our work and our drive to get the truth out.

This is part two of the two part interview we did with Mel Fabregas. Both parts were released a few months ago by Mel Fabregas. This part was delayed in our release due to time constraints. This part contains some previously unreleased off-camera out takes during our lunch break…