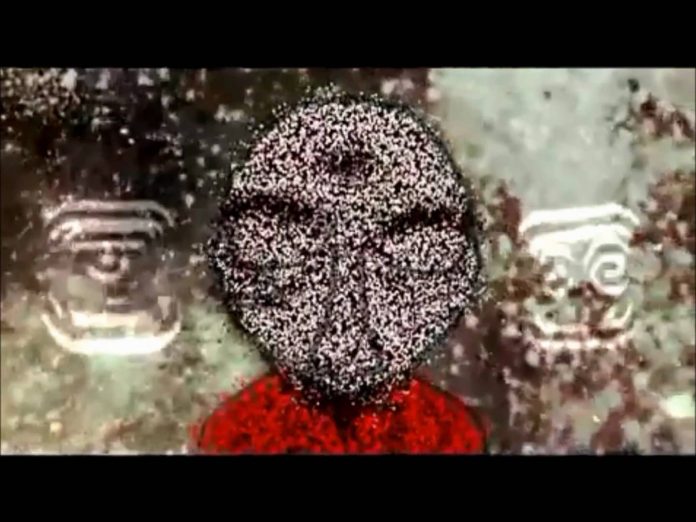 Given that this interview was a sort of man in the street conversation that does not address some of the deeper issues raised… I feel one statement in particular needs to be addressed.

“‘Charles has explained that the extraterrestrial race who initiated this project are letting everything unfold with a philosophy of non-interference.” This statement is at the beginning of Bill Ryan’s interview with Charles (not his real name) an assassin who was sent to kill Bill or “deal with” him who changed his mind and has since become a sort of representative of what he calls the 33 people who rule the world at least as far as in conducting this dialog with the so-called alternative community. I feel we need to look closer at the above statement.

First of all, the statement is purposely vague. Who “initiated this project” meaning the human race ‘project’? A huge question. And I cannot begin to answer it here. Nor do I have all the information. At the moment, I don’t know, whether the 33 who call themselves the ‘rulers of this Earth’ are even aware of the true beginnings of humanity. I do know that there is evidence that the human experiment had more than one beginning on this planet. And was wiped out and restarted several times. Possibly by different ET races. And that it may have started on other planets. I also know that the version of human currently on this planet is a mixture of many genetic experiments (interference) by many ET races. Not the least was what Sitchin referred to as the Anunnaki.

For the best overview of the various experimentations that have taken place on this planet with regard to humanity the Voyager series by Ashayana Deane seems to have the most detailed information. At this point, however, we have a problem. Given that many of us are in touch with various ET races, some through channeling, some through face to face dialog and some through other means such as electronic downloads etc. One may assume that unless the 33 we are talking about here are not human but representatives of the ETs, that they too, are interacting with various ET races in the same ways. Maybe face to face mostly? At that point, assuming they are human and not ET then one must assume they are dealing with at least one race of ETs face to face (more or less) or more. So it comes as a given that they (the 33) are in dialog with and working with the dark, service to self ETs. Why? Because they themselves are, obviously, as seen by the way they run this world, dark. It is expressly clear they aren’t listening to the “light side” or the results here on planet Earth would be manifestly different.

However, the problem is we don’t know what it is the so-called 33 know and what they don’t know. We can however estimate at the very least their understanding of where humanity started goes back to the deep Abzu and the altering of our DNA to limit our development by the Anunnaki. The apparent idea being that we developed so rapidly that we were going to out-populate and evolve beyond the Anunnaki themselves and therefore they would lose power over the humans.. so they dumbed them down. This at least can be understood and the evidence is clear… Our mis-named ‘junk’ DNA being an indicator of this.

However, in dealing with the interview by Bill Ryan one has to look at the above statement and then give the ET race alluded to in that statement, a name and a face. Needless to say, the statement was too general. But taking it at face value we can make a few basic points. If we assume, the ET race being referred to is those designated as the Anunnaki then we at least have a starting point.

So we need to figure out who the 33 think ‘started this experiment’. And whether, the 33 and by default us, are created in their image ie. whether the ET progenitor race used their own DNA to create us or whether they simply started the experiment using DNA from other races/species. I suggest we ask them what they think they know about this… unfortunately at this point, the answer is not forthcoming. Of course the question has been out there for millions of years plaguing humanity…. But I digress. ..

Assuming again, that this time around, the Anunnaki used their own DNA, then we have a Progenitor race and we are their descendants, as are, in theory the 33. But here again you get into more difficulty because the 33 are– unless they are pure one ET race or another, made up of different strains of DNA just as all of us are.. Even if they are Reptilian and human. If they are human that is still a hybrid… and in regard to the Reptilian side we have, for example, the Reptilian-Anunnaki hybrids. So one cannot even make the statement that the ETs that started this experiment have a policy of non-interference. The evidence is to the contrary because if their current administrators (the 33) are still influenced by them, worship them (!) or follow them.. then by default they are still interfering if only through their descendents. However, we know that the 33 are influenced and we know they are most likely running things a certain way, by the evidence around us, money and bloodlines being their ticket in to their positions… and so on…

But, if I take the premise of the interview with Charles at face value that he is actually a representative of the 33 who really do ‘rule the world’. Then what do we have? Well if I rule the world I have armies with black technology that includes free energy, interstellar space travel, bases on Mars and the moon, underground bases here on Earth that comprise whole cities if not nations… since I have all the money I am responsible for starvation, deprivation you name it…I allow it not only that I ‘dictate’ it and so on. When I say jump all these minions (and governments) in theory jump or I bring pressure to bear in one form or another sometimes in the guise of this man “Charles”….

So given this to be the case…. I am responsible therefore, for the secrecy going back decades, for the wars that are orchestrated by me and my minions, for the famine, the disease and the current state of the planet (not good)…because I have kept the technology and the heritage belonging to the human race secret from them.

I have for example free access to all the deep recesses in the Vatican Library where supposedly much of the truth in written form if it exists at all, resides. I made sure of this because whenever a new discovery was made or ancient text discovered I made sure to spirit it away into my catacombs without it falling into the hands of the masses. I have killed with impunity anyone who ‘knew too much’ or attempted to usurp my power… and so on.

As rulers of the earth with black technology, etc presumably I have met with several ET races, my scientists work alongside several races and I am also instructing my military to shoot down the ships of ETs we are at war with…. etc.

So if this man Charles represents the 33… and they are indeed the rulers of this world…then they are dark, dark, power over others, service to self, magicians of the blackest of the black… in essence those known as Dark Lords.

And with this in mind, let’s go back to the interview and see just how the questions and answers took place in this interview and see whether any of it makes any real sense. What will be clear from the outset is that so much is not asked, gone unchallenged and unanswered that the only suggestion I can make is that another interview be conducted and this time, prepare the questions for the Dark Lords you wish to address. Because, although we got some of Charles’ personal back story we still have heard little of consequence and nothing new so far…

Oh, and by the way, word came back to me that the 33 were not happy with my prior statement. You should tell them that actually I am not at all happy with them either. In fact I am downright pissed-off about it…

Go to my previous post Fighting the Good Fight on January 2, 2010.