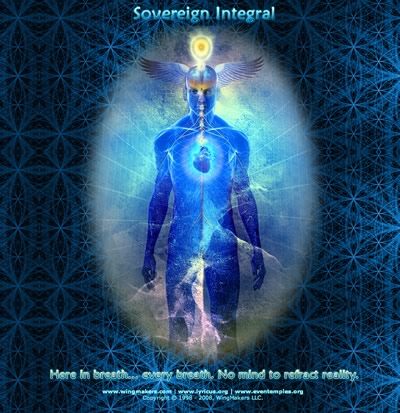 Click here for the French translation of the written interview

Click here for the German translation of the written interview 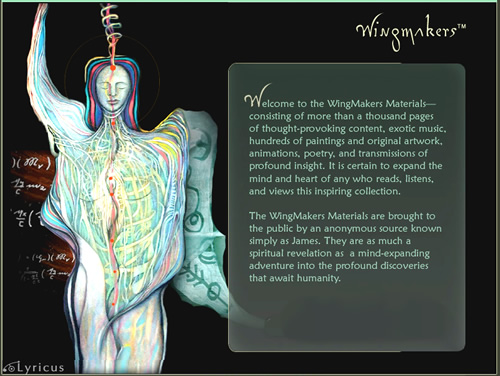 Several years ago, before meeting Bill Ryan and co-creating Project Camelot, I was working as an independent producer attempting to package motion picture projects and pitch them around Hollywood to high level production companies, producers, directors and agents.

During that time, I was also doing a great deal of research and writing ‘spec’ screenplays, including one on the Anunnaki. In my search for more information about the Anunnaki, I stumbled across the WingMakers website.

After reading everything there was on that site I became convinced that the story would make a phenomenal movie, so I set out to contact Mark Hempel (the webmaster) and James (the creator of the materials).

After a number of phone conversations, I convinced them that I was the right person to pitch and package their movie to Hollywood; whereupon I obtained an option on the rights to produce the movie, depending on my ability to package the project – which, in this case, meant attracting a top producer, director and production company, even a major studio.

After months of talking to agents at agencies such as William Morris, CAA and Endeavor, I managed to place this project in front of Steven Spielberg, James Cameron, Ridley Scott, and Alejandro González Iñárritu by way of their agents and development executives: in the case of Spielberg, specifically Kathleen Kennedy.

All, without exception, turned the project down. At the time, I did not have a screenplay, but instead, the WingMakers website, an ebook, and the story presented in a the form of a pitch (synopsis and ‘logline’). For those interested, click here.

The reasons for passing on the project were varied, but, as a Hollywood insider for many years, the translation could most easily be seen as the result of the fact that, at the time, there were two major problems; me, and the lack of a screenplay.

I was a ‘liability’ because, in Hollywood-speak, I had no track record and was a virtual nobody; and without a screenplay, most agents and their readers were hard pressed to evaluate the material via the comprehensive and fairly involved website and ebook.

At that point, after packaging and pitching a few more stellar sci-fi projects without success, including The Montauk Project, based on the books of the same name by Peter Moon and Preston Nichols, I turned to making a documentary on UFOs and came across Bill Ryan: and the rest, as they say, is history.

As Camelot has matured I have kept in touch with Mark and, via Mark, with James – and never lost sight of wanting to get the WingMakers made into a major motion picture. In the meantime, I have in the last year or so been asking Mark if we could do an interview for Project Camelot with James.

Many months passed, and from time to time I would renew my request. Finally, out of the blue, I got the following email from Mark saying that James was willing to do a written interview. I am therefore absolutely delighted to be able to present the following interview with James.

After receiving his answers to our complex questions I can only say that I, for one, have even more questions coming to mind. And it is my profound hope that this can become an ongoing dialog with what I consider to be one of the clearest minds operating in the world today.

James has asked me to contact you to see if you would be interested in sending him whatever questions you might have and he would answer in a written format. He feels there is much disinformation that is being distributed and much of this is causing discomfort and stress in people. He’d like an opportunity to share a new perspective on the 2012, money situation, Planet X, Illuminati, etc. and believes your audience will find it helpful in developing their own discernment in these times.

He basically said to send him the questions, they can be on any topic of your choosing, and he will answer them as definitively as he can. He suggested that you place them in priority order. His email is: james@eventtemples.com.

I hope you’re doing well and you’re finding joy in your work.

Thanks for all you do!

Thank you so much for coming forward and being willing to answer questions from me… on behalf of our audiences from Project Camelot and Project Avalon. As we approach 2012 and as we move closer to the galactic plane, many changes are escalating in our lives and in the world around us as well as in our consciousness. We would value answers to the following (not necessarily in order of importance 🙂

Thank you in advance. I am well aware the questions above are quite substantial and may require more time and extensive explanations than you are able to provide. I also realize that some of the above may be referenced at various places on the WingMakers and Lyricus sites. However, many in our audience may not be familiar with that material. Please feel free to address those questions that you feel most comfortable answering at this time. Do not hesitate to reference with links places where you may have some answers to the above questions embedded in your sites.

I would like, in advance, to thank you for your exquisite art, music and teachings and for your amazing service to humanity.

My colleague, Bill Ryan, has contributed one or two of the above questions, and joins me in expressing his own appreciation and warmest regards.

With your permission all of the above along with your answers will be posted to a page on our website.

In truth and with blessings,

• Synopsis and pitch : WingMakers: the Movie
• Click here for the written interview with James