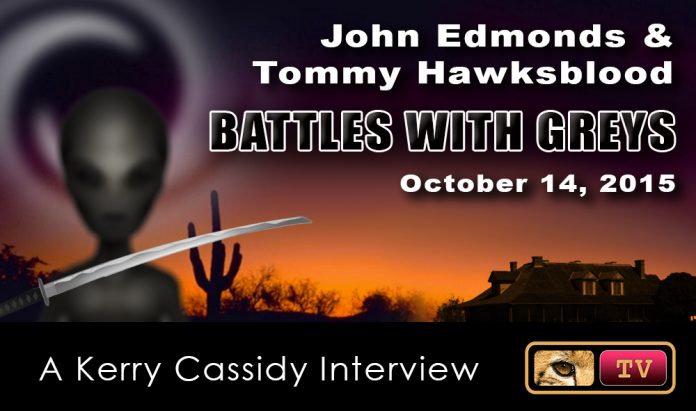 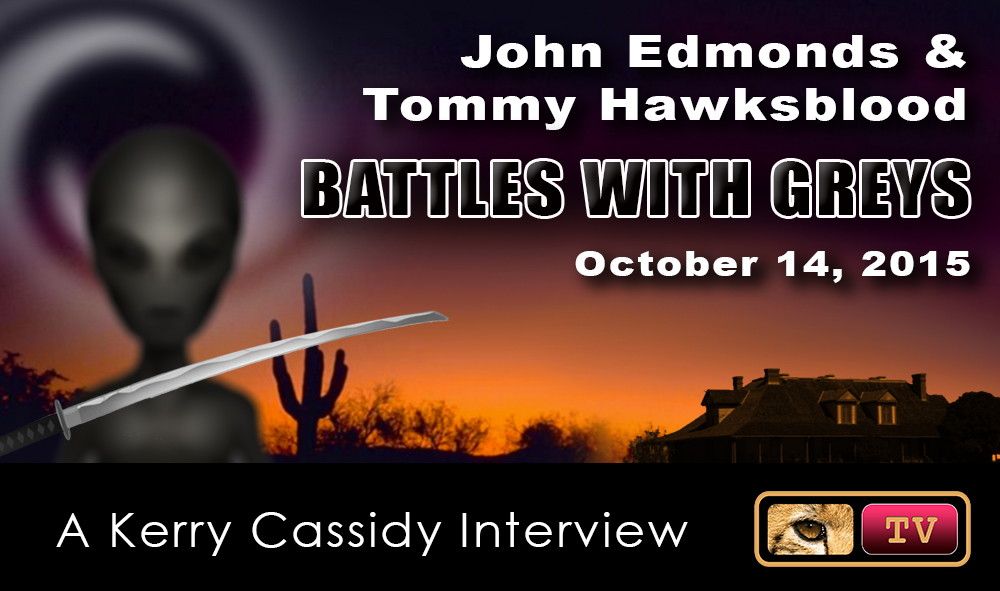 Tommy Hawksblood, a UFO Researcher and host of his own radio and Project Camelot TV show is having bizarre contact experiences with Greys in Hawaii along with evidence of military battles with ships….This show ended up including a mystery guest who turned out to be John Edmonds.  Edmonds came forward for the first time about killing or attempts to kill Greys threatening him and his family and pets.  NOT TO BE MISSED!!

MORE TO COME ON THIS STORY…

UPDATE;  I ended up going out to John’s ranch to film.

GO HERE TO VIEW THE 2ND INTERVIEW:  FILMED ON LOCATION AT THE RANCH: