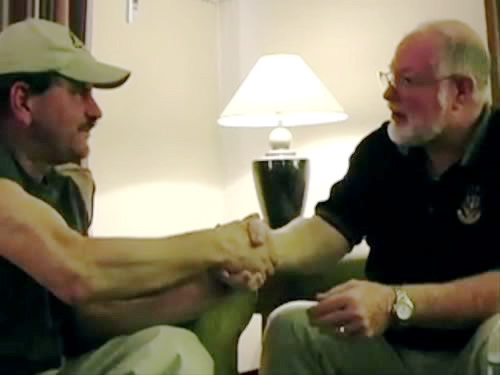 Jim Sparks has become well-known as one of the few multiple abductees who has, in his own words, 95% recall of all his experiences. Having been abducted many hundreds of times, at first he rebelled and totally refused to co-operate with the aliens who would repeatedly take him to their craft at night. He attributes his very complete memories of his experiences to his rage, and outrage, about the continued violations.

As the years passed, and Jim and his captors battled with one another, Jim gradually seemed to become trusted by the aliens – who he calls The Keepers – to assist them in increasingly significant ways. In turn, Jim feels he understands better now what their agenda and modus operandi might be. The story he tells on camera is spellbinding… and culminates in a message which we might ignore at our peril: that the Earth is in danger, and that while there may be a new dawn ahead of the human race, there might be some difficult times ahead before we get there.