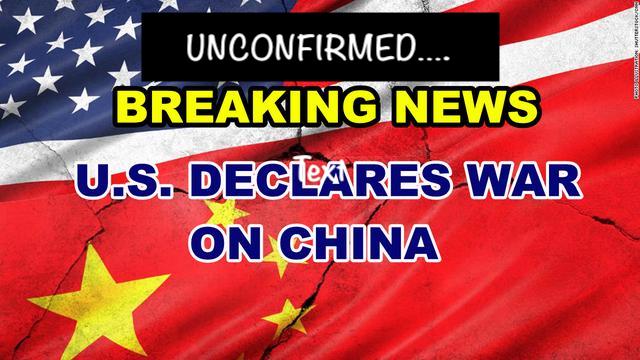 UPDATE:  TRUMP & TEAM ARE ON TELEGRAM now that PARLER is down… I just started a PROJECT CAMELOT channel there as well for posting intel I am getting… Please join me there too!!

Steve Pieczenik  on ALEX JONES… clip states “we are now in a military coup:”   LISTEN…

UPDATE FROM KERRY JAN 13, 2021:  BREAKING… high level financial contact says cabal has released access to huge sums of money to governments of countries in last 4 days changing the game as they plan for Biden to take office…(a bribe to get them to go along and get along with deposing Trump(?) We stand to see what Trump team will do in response… Trump plans to dissolve USCorporation… get sworn in March 4th… not clear how.  But know that the actions of the Deep State to change this game up will result in some action by Trump and team.  Was told China in charge of crypto markets.. they manipulate to take profits.  Cryptos will go down at some future point… game on. -undisclosed sources

• Trump has just declared war on China.  Plans are being made to take out their nuclear weapons stockpile possibly with a reverse-engineered directed energy space weapon technology. This explains the earlier FEMA update nuclear attack advice.

• Mainstream media will be silenced since they are putting out disinformation.  Media satellite links will likely be disrupted.

• Military will likely hi-jack television transmissions globally to get emergency broadcasts out to all countries, not just the U.S. citizens.

• Cryptocurrency market is likely to plumet.

• Palosi is stepping back from efforts to enforce the 25th ammendment.

[Forwarded from RealDonaldTrump]
Breaking News. JAN 11, 2021
Very important
Received a few minutes ago.  Please read and share widely.
Thank you.
Michael Green From Gregory Ervin:
Dear Patriots:
Some of you may recognize my name. I have daily briefing with POTUS and have posted here before a handful of times as a “helper”.
What I’m about to disclose is the most important post you’ll read before the inauguration.  Q will not post here again, at least not for a while.
The operation is ongoing but must run silent at this point. Once we wind down you will not hear from Q again.  Don’t let this worry or upset you.  We are in perhaps the most critical juncture of American history.  POTUS is fully aware of the gravity of this time period.  We have prepared from before 2015 for this exact moment.
I am not asking for faith in us.  Q should have already used logic, reason, and multiple proofs to establish our credibility.   What happens this week will change history.
We are asking you for now to stay in your homes and do NOT under any circumstances interfere with the operation.  You’ll soon see things unfold that many would think impossible.  POTUS is insulated and 100% safe.  Our plan is almost complete.  The DS has already lost. Everything you’re seeing in the MSM and on Twitter is a last-ditch attempt.  Why has Kamala not yet left the senate? Where is Joe? Where is Joe really?
Hunter has turned himself in.
We asked you at the beginning to prepare.  Your role is crucial, and your task is to help the population deal with that is about to be revealed.  Those patriots who have been here from the start will understand and recognize this directive.  Remember, it is always darkest before the dawn.
Do not believe the MSM over the next week.  Do not, for a single minute give them any credence.  We have legally won this election and what comes next is the greatest mop up job in the history of the world.
Patriots, we thank you. We could not have gotten here without you. Now is our time. Hold the line. You will receive no further message on this channel from us until the operation is over. At that point, the entire world will know.
Thank you and God bless.  Pray for us, POTUS, and the United States of America.  We are in the most dangerous phase and the stakes could not be higher.  Military takedowns and arrests begin this weekend and will continue forward for the next 13 days/nights. Some international raids have already started. Italy has also been found complicit in our election fraud.
Everyone will be getting emergency alerts on their phones, tv&#39;s, radios &amp; internet.  It will override all other broadcasts and could last for several hours at a time.
Do not to be scared of what&#39;s coming as it is for the safety of our nation for this to unfold.   DO NOT travel to any large cities (especially Philadelphia) for the rest of the month.  Military operations will be taking place in many of the major corrupt cities.
People will start rioting once this intel breaks, thinking Trump is a military dictator.  He only has 13 days to put this dog down.
The implementation of the Insurrection Act began after the raid on the Capitol and was marked by Trump&#39;s broadcast to the people to disband and return home. This broadcast wound up being blocked, for the most part, by the media. Nevertheless, his address fulfilled the requirements to initiate the Act.
Marines and National Guard troops are being moved as needed for the riots that will start after the national release of the intel. The intel will be dropped for everyone to see and hear in loops that will be several hours long.
The system was just checked by the FCC a few days ago alerting ALL media that they cannot block the flow of intel under federal regs.
Trump will be moved continuously like a chess piece from now until the 20th in order to avoid any retaliation against him and family.
This is very important Share with your friends
@Mrdonald_trump
======END======
See document and photo drop on Facebook proof of CHEMTRAILS :
PROOF OF CHEMTRAILS DOCPHOTO DROP JAN 11, 2021
***
FURTHER BACKGROUND:

Search, browse and learn about the Federal Register. Federal Register 2.0 is the unofficial daily publication for rules, proposed rules, and notices of Federal agencies and organizations, as well as executive orders and other presidential documents…

Executive Order 13959.  this is the Executive Order that in essence declares War on China.. and is cited in the video conversation between Charlie Ward, Simon Parkes and Danielle …  www.federalregister.gov/documents/2020/11/17/2020-25459/addressing-the-threat-from-securities-investments-that-finance-communist-chinese-military-companies

In this video Danielle Stotijn, Charlie Ward and Simon Parkes interpret this order which went into effect Jan 11th as a declaration of war.  For those who did not see this.  It is important to note that no official declaration of war by President Trump has been made publicly beyond the above Exec order that can be interpreted in different ways.

MY COMMENTS:     This is subject to interpretation and conjecture.  What followed was the Trump speech at the wall in Alamo TX and then influx of 30,000 troops into Wash DC.

And troops around the US as part of what is said to be a signed Insurrection Act and rolling out of all the elements in position for Martial Law.

This is where things stand.

Technically if our President has declared war on China there would be no transfer of power during war.

Note:  Danielle repeatedly says in the above video all the media will be taken down as part of the Executive Order above.  However so far this has NOT HAPPENED.

Many say it will happen in the next few days before the 20th.

Taking down the media is called PROJECT ODI…