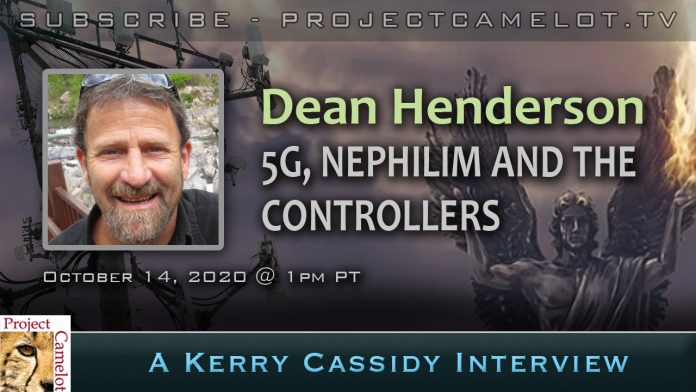 Dean Henderson was my guest on Wednesday.  See bio and links below.

See below for Dean Henderson’s books and more info. 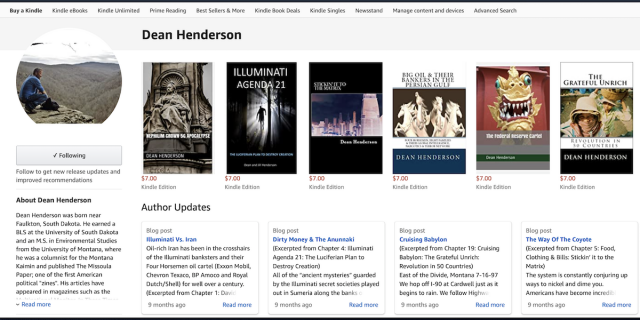 Dean Henderson was born near Faulkton, South Dakota. He earned a BLS at the University of South Dakota and an M.S. in Environmental Studies from the University of Montana, where he was a columnist for the Montana Kaimin and published The Missoula Paper; one of the first American political “zines”. His articles have appeared in magazines such as the Multinational Monitor, In These Times, Paranoia and on hundreds of online websites including InfoWars.com, SavetheMales.ca, GlobalResearch.ca, DavidIcke.com, ZeroHedge.com, NakedCapitalism.com and Rense.com

Dean is a political analyst for Press TV, RT, Russia Channel 1, The Syria Times, Rense Radio, Tactical Talk with Zain Khan, The Richie Allen Show & many others. In 2018, Dean spoke at the Deep Truth conference in New York City, where he delivered a speech entitled, “All Roads Lead to the City of London” as part of the Confronting Oligarchy: Resisting Full Spectrum Dominance panel.
Dean is the author of six books. They are all available on Amazon in both print & Kindle formats and include Big Oil and Their Bankers in the Persian Gulf: Four Horsemen, Eight Families and Their Global Intelligence, Narcotics and Terror Network, The Grateful Unrich: Revolution in 50 Countries, Stickin’ it to the Matrix, The Federal Reserve Cartel, Illuminati Agenda 21: The Luciferian Plan to Destroy Creation and Nephilim Crown 5G Apocalypse.