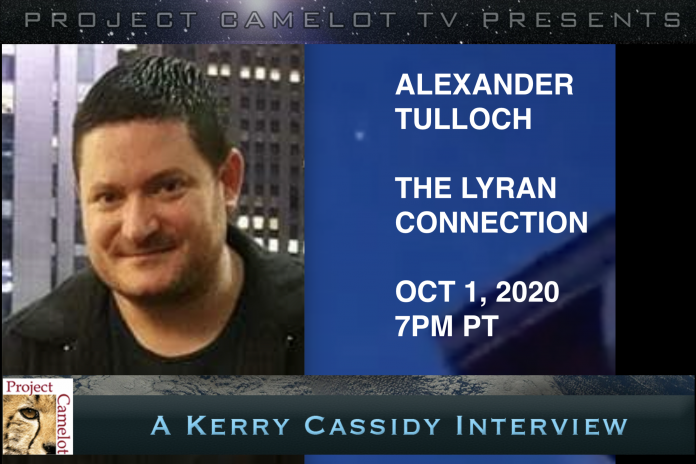 Bio:  Alexander John Tulloch is the host of The Lyran Connection. He has been receiving and documenting contact from multiple Extraterrestrial races since 2013 and while he has had the opportunity to share his experiences previously it was only recently that he was encouraged by the Lyran’s to share his experiences further. Alex was raised on Long Island New York and had a career in Management and in the Entertainment and Film Industry as a Cartoon voice over actor and body double. He now lives in Wilmington NC with his wife and 3 sons. When Alex is not translating and documenting Contact, he enjoys reading old books, learning languages, cracking codes and being a Dad extraordinaire. You can find Alex on Facebook at
www.facebook.com/The-Lyran-Connection-101155224867191