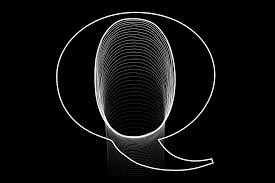 ALSO SEE BELOW FOR THE RECENT ROUNDTABLE WITH CHARLIE WARD, CHARLIE FREAK AND ROBERT DAVID STEELE!

34:00 Charlie Ward: I’ve got some SERIOUS INTEL for you…The Voting System is being completely changed as we speak…The New Quantum Financial System operates on the Blockchain system…FOR VOTING!!!!! It’s a brand new voting system…You will have to identify yourself on your cell phone or your computer.

34:39 So they’ve shot themselves in the foot because Trump has already covered this…So it’ll be digital voting… that we totally 100% control… they’ve been trying to hack the blockchain system for 9-years unsuccessfully…So they’re extremely confident in the new voting system…

35:10 And I’m the first one to tell you… I received this news today… this is red hot news!!! Mail-in ballots aren’t going to happen!!!

35:56 Once we get onto this blockchain voting system which will be incredibly accurate… the prediction is Trump will win every single state… and his majority will be over 90%…

36:10 He will win California without a shadow of a doubt… He’ll win the lot…Because the vote won’t be for him… it will be between good and evil… it’s got nothing to do with Democrats and Republicans… there are bad Republicans and good Democrats.

36:40 It’ll be about the Third World War between Good and Evil… and that’s how it will be put across… the only people who will vote the other side are people who are in a coma.

37:40 Very simply… if you’re involved with pedophilia it comes with an automatic death sentence… unless you cooperate with Trump… if you cooperate with Trump, you’ll get a minimum of a Life Sentence… you step out of line it goes back to the Death Penalty…And he’s aware of Every. Single. One. Of. Them. And every single one of them will be arrested… and they will be given the choice. E.

The last message posted by President Trump’s brother Robert Trump before he passed away this last weekend was: JFK Jr. is QAnon. This was likely referring to John F Kennedy Jr. the so-called “deceased” son of publically executed President John F. Kennedy whose disguised picture, along with that of his wife and sister-in-law, have been all over the Internet as they supported Trump and attended rallies. Another post Robert posted Aug. 8 stated, “less than three months before JFK Jr. is revealed.” John F. Kennedy

F. Charlie Ward: “The reason I knew the Vatican was being emptied was because our own Security guys were looking after the Pope… and also there were guys that I use for moving currency around the world… all… all of them employed… it took 650 planes to move the contents of the Vatican to Fort Knox…I’ve been included as part of the team that moves that around the world… to back the currencies in different countries… there is an obscene amount of cash and gold that was taken out of there…There’s also ridiculous amounts of gold in the Philippines… Cambodia… Vietnam…I’ve been over to Vietnam and I’ve inspected 178 underground warehouses full… personally… I’ve actually been there and visually seen it.