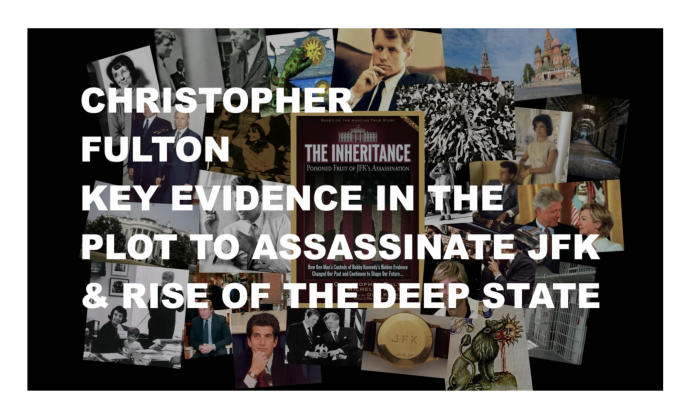 PALADIN of the White Hats Report has interviewed author and patriot Christopher Fulton in a groundbreaking interview revealing key evidence in the assassination of John F. Kennedy.  The book tells the heart wrenching story of the fight to preserve key evidence begun by Bobby Kennedy and secured by JFK jr. due to the brave actions and self-sacrifice of Christopher Fulton.  You cannot understand the rise of Trump and the revealing of JFK Jr. without reading this book and listening to this man!

GET THE BOOK: (WRITTEN BY CHRISTOPHER AND MICHELLE FULTON